UK PM Boris Johnson Admits He Has Six Children, Says 'I Change A Lot Of Nappies'

UK PM Boris Johnson has confirmed for the first time that he has six children, stating that he “changes a lot of nappies". 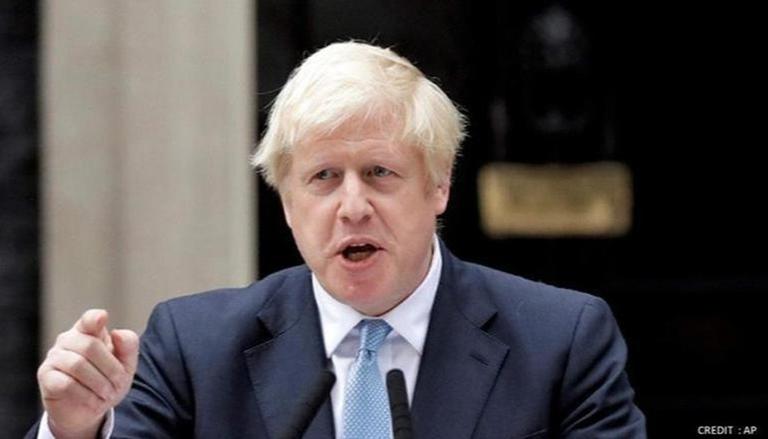 
UK Prime Minister Boris Johnson has confirmed for the first time that he has six children, claiming that he “changes a lot of nappies”. Notably, Johnson had previously refused to reveal how many children he has or talk about his personal life. However, when the UK PM was asked about the upcoming birth of his second child with his wife Carrie, and if he has six children, he replied: “Yes”.

In the televised interview with NBC , Johnson appeared to add “six”. When asked what it's like to have a baby in Downing Street, the UK PM, who has been in the US to discuss climate change at the UNGA, as well as have talks with President Joe Biden, said, "It's fantastic. It's a lot of work, I'll tell you that much. But I love it, absolutely love it". He added that it was “fantastic” to have children in Number 10 and claimed, “I change a lot of nappies”.

According to The Guardian, British PM Johnson is known to have four children with ex-wife Marina Wheeler. Beside this, he has a daughter from an extramarital affair. He has a one-year-old child with his wife Carrie. The couple are now also expecting another baby in December.

Previously, it was reported that Johnson could have conceived another child beyond those known, however, he has repeatedly refused to discuss this. Back in 2019, he was openly even asked about this during a phone call on a local UK radio, in which he was questioned regarding an article penned down by the former journalist in 1995 in which Johnson blamed single mothers for “producing a generation of ill-raised, ignorant, aggressive and illegitimate children”.

Following the exchange between the caller and Johnson, the radio host then pressed the PM on how many children he had. To this, Johnson replied saying that he loves his children very much but they are not standing at the election and, therefore, he wasn’t going to comment. Further, when asked if he was “fully and wholly involved in all their lives,” Johnson again refused to comment and said that he is not going to put his kids on to the pitch in the election campaign.