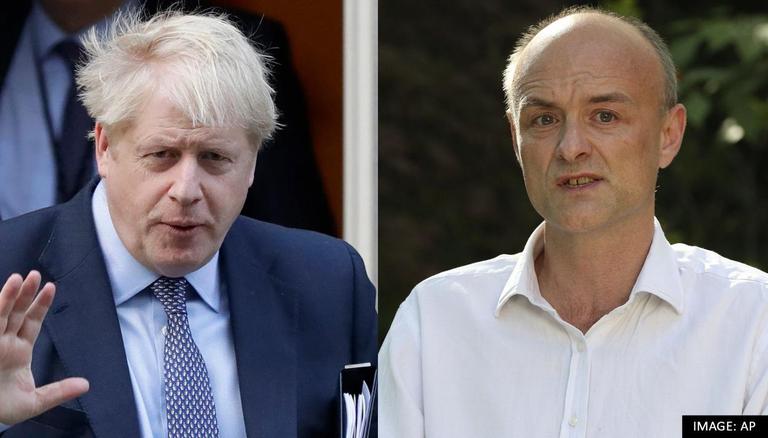 
Britain's Prime Minister Boris Johnson's former adviser Dominic Cummings has claimed that Johnson uses a secret Downing Street exit in order to go out without getting spotted by his civil servants. Cummings made the claim on Friday, November 12 in an email newsletter service that he has started, reported The Daily Mail. Reportedly, the UK PM had the secret exit atop his flat to go out without the civil servants knowing about his exit.

Cummings, who is former advisor of Prime Minister revealed that his former boss used the exit he had installed atop his flat in 10 Downing Street so that he could leave the office “without outer office knowing”, as per The Daily Mail report. According to Cummings, Britain PM walked from his office towards cabinet room and then through the doors he used to go into the garden. Cummings claimed that his former boss then used to leave ‘without being spotted’.

Furthermore, UK PM’s former adviser claimed that his plan to change physical layout of the office in Downing street was objected by Johnson as his plan did not include ‘enough physical exits’. In the news letter, Cummings also explained an argument between him and his former boss over the layout of No 10 Downing Street. Cummings revealed that followed a change to the layout of the building in summer 2020, the UK PM moved his office into the room which was traditionally used by Cabinet Secretary.

Earlier in March, UK PM Boris Johnson’s former chief adviser criticised the government’s response to the COVID-19 pandemic and compared the health department to a “smoking ruin”, according to AP. While making his first public appearance since he stepped down last year, Dominic Cummings testified to parliament’s science and technology committee and said that the vaccination program has only been a success as the civil servants were carrying out the work. Cummings also criticised the bureaucracy and said that it prevented an effective Britain response to the coronavirus pandemic. Cummings said that the health department was “just a smoking ruin in terms of procurement and PPE (personal protective equipment) last spring”, as per the report by AP.