UK: Priti Patel Rules Herself Out Of The Race To Become Next Conservative Party's Leader

In UK, as candidates scramble to secure 20 MPs required to get their names on the ballot, Priti Patel rules herself out of the race to become next PM. 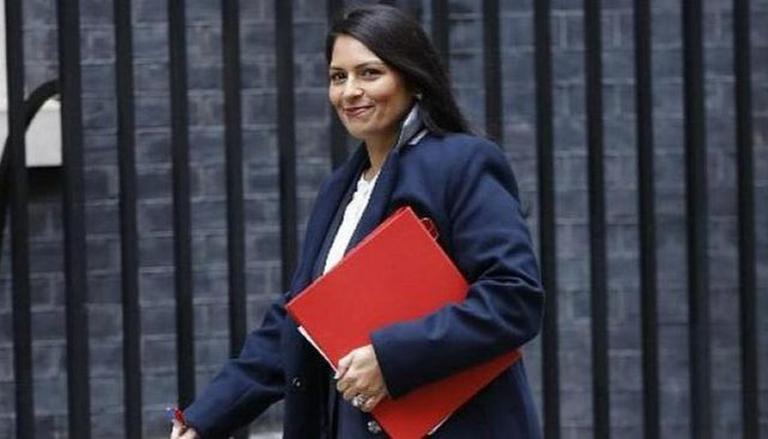 
In UK, as candidates scramble to secure the 20 MPs required to get their names on the ballot, Priti Patel has declared that she will not be running for Conservative leadership. The home secretary issued a statement on July 12 in which she acknowledged the colleagues' "encouragement and support."

However, she added, "I will not be putting my name forward for the ballot of MPs."

Patel's supporters had previously made it clear that she was seriously considering running for the top position, highlighting the fact that she had long been a supporter of Brexit and drawing comparisons to Margaret Thatcher. Suella Braverman and Liz Truss, two other right-wingers who support Brexit, were already in the race, and Rishi Sunak, the former chancellor, was clearly the front-runner, so Patel was running out of time to gather enough support, according to political analysts.

"As a lifelong and committed Conservative, I will always make the case for freedom, enterprise and opportunity and work with colleagues to deliver these values in government. Like all Conservative MPs and party members, I will be listening to cases being put forward by the candidates standing for the leadership of the party and trust the contest will be conducted in a good spirit that brings our party together," Patel stated.

Patel refrained from endorsing any other candidate in her statement

Although it had been suggested that Braverman and Patel might work together, Patel refrained from endorsing any other candidate in her statement. Andrea Jenkyns, the Minister of Education, and Tom Pursglove, the Minister of Justice, were among the 13 MPs who had publicly endorsed Patel. Their support will now be eagerly sought after by Patel's competitors.

Along with Boris Johnson and Michael Gove, Patel was one of the six David Cameron's cabinet members who supported the Leave campaign during the 2016 Brexit referendum. Johnson vehemently defended her in the face of claims of bullying, advising coworkers to "former a square around the Prittster," which led to the resignation of his ethics adviser, Alex Allan.

READ | Russia may start recruiting personnel from prisons due to shortage of troops: UK MoD

Conservative MPs will start quickly whittling the field down to two after the list of candidates with at least 20 supporters is made public on July 12. The first round of voting will take place on July 13. The final decision will then be made by grassroots Tory members, and the outcome will be made public on September 5.