In a major blow, the ruling conservative party in the UK has lost its seat in North Shropshire. For nearly two centuries, the Tories had exercised a control. 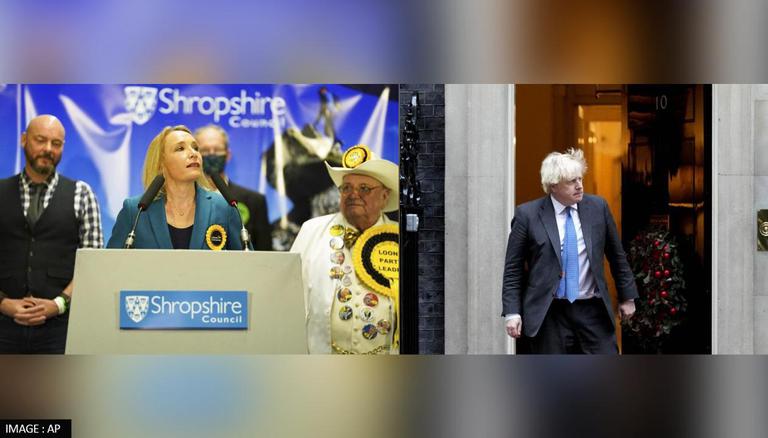 
In a major blow, the ruling conservative party in the UK lost its seat in North Shropshire. For nearly two centuries, the Tories had exercised a stronghold but in the latest by-elections, the county's residents picked the Liberal Democrats. The by-polls were conducted following the resignation of MP Owen Paterson, and saw Liberal candidate Helen Morgan win 17,957 seats.

Meanwhile, Conservative candidate Neil-Shashtri-Hurst secured 12,032 votes - more than only Labor candidate Ben Wood, who managed to get 3,686 votes, according to BBC.

Liberal Democrats WIN North Shropshire. This is a stunning victory in what was one of the safest Conservative seats in the country.

This sends a clear message to Boris Johnson: The party is over.

Congratulations Helen Morgan MP and thank you to all our volunteers and members! pic.twitter.com/i6L5fRNR5l

The electoral defeat could prove detrimental to PM Boris Johnson, whose administration has already been blamed for mishandling the pandemic, hosting parties at Downing street and flouting COVID norms. Soon after declaring victory, Liberal Democrat Morgan asserted that the part was over for the PM.

Disguised warnings have come from conservatives as well, who declared that North Shropshire by-elections "has to be seen as a referendum on the Prime Minister's performance".

In her victory speech, Morgan said, “The people of North Shropshire have spoken on behalf of the British people. They have said loudly and clearly, 'Boris Johnson, the party is over. Your government, run on lies and bluster, will be held accountable. It will be scrutinised, it will be challenged and it can and will be defeated."

Going to need an even bigger office https://t.co/mbhzKQRkHX

Is it all over for PM Johnson?

In addendum to being slandered for mishandling coronavirus pandemic, PM Boris Johnson has been blanketed in a cronyism scandal. The furore was sparked by Johnson's former Chief of Staff Dominic Cummings, who alleged that the PM had sought donations to fund his lavish overhaul.

In a lengthy blog post published on Friday, Cummings vehemently denied leaking any text messages and went on to reveal several of Johnson's actions during his time as his aide as being "foolish and unethical", and ended by questioning his "competence and integrity".

Notably, Cummings had resigned earlier after he was caught flouting lockdown rules by travelling more than 250 miles, to his parents' house in Northeast England. In a similar incident, Matt Hancock gave up his post of British health secretary after he breached social distancing guidelines by kissing a colleague.