Prince William was “shocked” by the amount of things that his younger brother Harry recently said about the British royal family, US Weekly magazine reported. 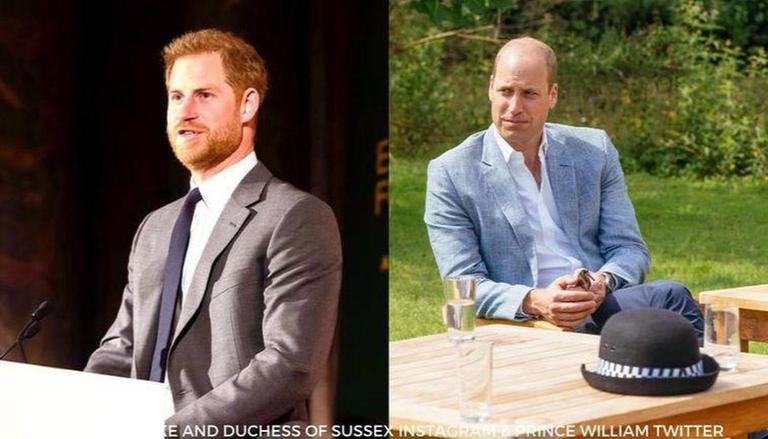 
UK's Prince William was “shocked” by the amount of things that his younger brother Harry recently said about the British Royal Family, US Weekly magazine reported on May 23 citing a royal expert. Earlier this month, Prince Harry appeared on the Armchair Podcast, wherein he likened his royal experience to that of "living in a zoo" or being a part of the 1998 film The Truman Show. Now, a royal expert has said that comments made by Prince Harry over the recent few weeks have left the Duke of Cambridge in “shock”.

Speaking to US Weekly, Royal expert Nick Bullen said that Duke of Cambridge is determined to repair the relationship with his younger brother, but their dynamic has changed over recent years. Additionally, he also speculated that their relationship has been affected by the tiff between their wives-Kate Middleton and Meghan Markle. "In every family, when [one] sister goes for slightly more [confrontation] with [the] other, then that doesn’t help the husbands in the middle,” he said.

On May 13, the Duke of Sussex appeared on the Armchair Expert podcast and spoke candidly with host Dax Shepard about issues he faced while living in the Royal family. Further, he also threw light on keeping his relationship with Meghan Markle a secret and dealing with the UK media scrutiny.

READ | Did You Know Harry Potter's Crabbe was replaced in the 'Deathly Hallows Part 2'?

He said he had been forced to “grin and bear it”, but added: “I’ve seen behind the curtain, I’ve seen the business model, I know how this operation runs and how it works. I don’t want to be part of this. It’s a mix of being in The Truman Show and being in the zoo.”

Prince Harry also criticised the way he was raised by his father Prince Charles, discussing the “genetic pain and suffering” in the British Royal Family. He further stressed that he wanted to “break the cycle” for his children while admitting that "there is no blame."