Chauntae Davies, one of the alleged victims of the late sex offender Jeffrey Epstein, has hailed the court's verdict which convicted Ghislaine Maxwell. 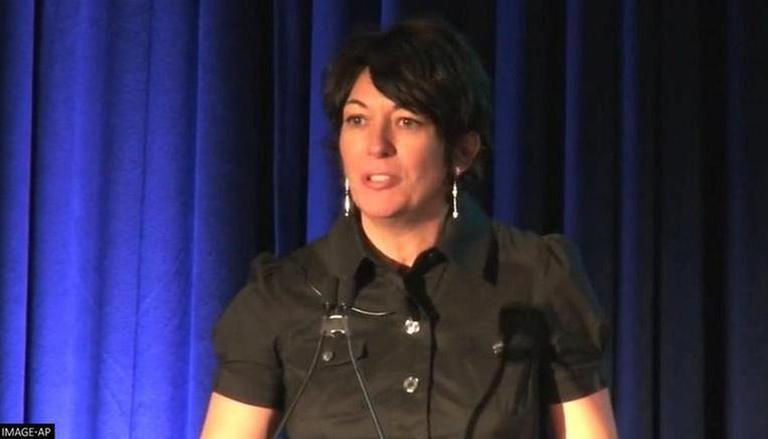 
Chauntae Davies, one of the alleged victims of the late sex offender Jeffrey Epstein, has hailed the court's verdict which convicted the latter's 'partner' Ghislaine Maxwell of grooming young girls in the sex abuse case. On Wednesday (Dec. 29), the former British socialite Ghislaine Maxwell was convicted of tempting young teenage girls and leading them to be sexually assaulted by the disgraced American financier Jeffrey Epstein. The verdict was announced following a month-long trial that contained graphic and first-hand testimonies of sexual exploitation of girls as young as 14. At least four women alleged sexual assault at Epstein's various estates in Florida, New York, and New Mexico throughout the 1990s and early 2000s.

41-year-old Davies described Maxwell as a "monster" who deserves to die in prison for the heinous crime he committed against her and many other young women. "I wish her luck in hell. In every sense, she and Epstein ruined my life. My relationships. My health and my family's lives. When her time comes, she and Epstein will face each other in hell," Davies was quoted as saying by Daily Mail. Her tale is similar to that of others who were victims of Maxwell and Epstein.

Davies was a masseuse who was offered a job at Epstein's residence when she had encountered Maxwell at a five-star hotel in Los Angeles in 2001. "Looking back, the quickness of it all seems odd, but this was her and Epstein's strategy all along. I had no idea that this would be the beginning of the darkest time of my life. Maxwell was so charming that I had complete faith in her," Davies added. She was 21 when she met the former British socialite, unlike several other women who were even below 18 years old.

It is pertinent to mention here that Maxwell's conviction for grooming young girls to be sexually abused by Epstein was long sought by women who fought in civil courts for years to make the socialite accountable for her role in the financier's actions. According to the Associated Press, Maxwell remained mostly silent behind her black mask as the verdict was read. She was later seen pouring herself water as one of her lawyers patted her on the back. Maxwell did not hug her lawyers on the way out on Wednesday, in stark contrast to earlier days of her sex-trafficking trial, when they were seen physically cordial.