'Will never forget their faces' 9/11 Attacks: Ticket Agent Who Checked In Hijackers Recalls Attack, Says 'I Blame Myself'

A former ticket agent who checked in two of the al-Qaeda hijackers involved in the 11 September 2001 attacks on the USA, recalls his experience of the incident 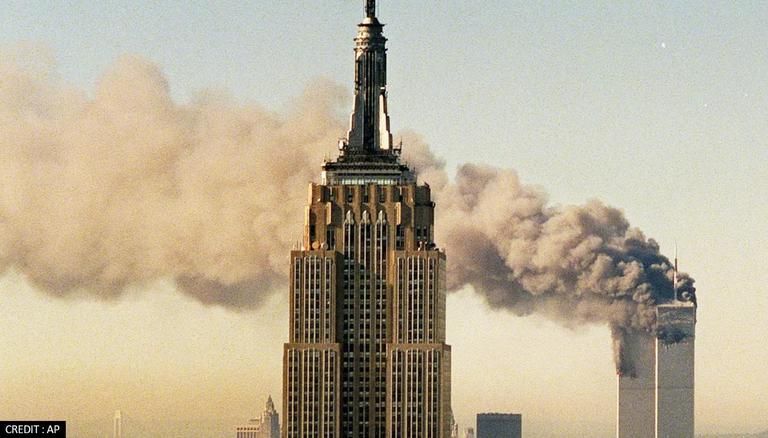 
As the United States marked the 20th anniversary of the deadly 9/11 attacks on Saturday, a former American Airlines ticket agent who checked in two of the al-Qaeda hijackers involved in the 11 September 2001 attacks said he continues to blame himself.

News agency PTI, citing an ABC News report, quoted Vaughn Allex, who was a ticket agent at the Dulles International Airport as saying that he will never forget the faces of two of the 9/11 hijackers.

The two hijackers, Salem and Nawa Al-Hazmi, had reached late at the terminal and were reportedly lost when they started talking to Allex on his counter at the airport terminal. Since they were having first-class tickets, Allex made them board Flight 77. "I blame myself, I thought, you know, if I had done something different, if I had not let them on, if I just said to the agents, these two guys are late, let them get the next flight. We have one at noon. It's no big deal," PTI quoted Allex as saying in an interview with ABC News. Allex recalled that the check-in for both the hijackers was "odd".

READ | Mandy Moore wants to direct an episode of 'This Is Us' next season; 'A hat I want to wear'

He mentioned that one of the two brothers was "kind of gruff" and the other one was standing at a distance from him. Allex recalled that he was "almost dancing, he was moving from foot to foot and grinning and looking around". Allex thought that he was boarding the flight for the first time and was quite excited about it. Furthermore, Allex mentioned that he was observing them during the whole check-in process and recalled that he was not responding to their questions but he just "smiled and danced" and had no interest in what was going around.

READ | 9/11 anniversary: US President has 'not forgotten'; Vice President says 'lesson of unity'

Later on, on 12 September, while talking to FBI officials, he got to know that the two persons who he checked in, at last, were the two hijackers. "I had no idea until that moment that I had been involved in it," PTI quoted Allex as saying. Allex was in guilt when he realised that he had checked in two hijackers but he started feeling better when he read the 9/11 Commission report. He has revealed that his name was mentioned on page 3 of the report with a paragraph and a footnote, a "footnote number 12". He then realised that many other innocent people were also "just touched on this".  As per the PTI report, more than 2,900 people had died in the terrorist attacks in the United States on 11 September 2001.

(With inputs from PTI, Image: AP)

WE RECOMMEND
UN chief Antonio Guterres on 20 yrs of 9/11 attacks: 'We stand in solidarity with victims'
Yogi Adityanath expresses condolences for victims of 9/11 attacks, calls the day 'dark'
Who is Khalid Sheikh Mohammed? The heinous 'brain' of the 9/11 attacks on the U.S
US Presidents past & present remember lost souls of 9/11 attacks at NYC's Ground Zero
William Rodriguez speaks to Republic; cautions of more 9/11 attacks after Taliban takeover