Afghan Diaspora In US Concerned About Situation In Afghanistan, Blames Pakistan

On Saturday, a big crowd of Afghan Americans assembled outside the Pakistani Embassy in Washington to protest alleged Islamabad-sponsored terrorism. 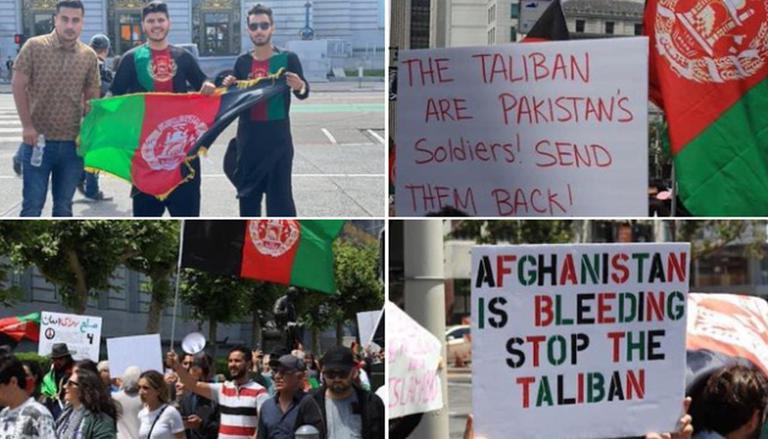 
On Saturday, Pakistan's Independence Day, many Afghan Americans assembled outside the Pakistani Embassy in Washington to protest alleged Islamabad-sponsored terrorism in their homeland. The situation is very personal and unpleasant for certain expatriates, such as Fareeda Nazibi, who live outside of her home nation. ANI quoted Fareeda, saying, "There are families that we cannot connect with because of the Taliban. Anybody whose family member is in the Afghan Army is being killed." Fareeda added that every Afghan standing in solidarity with her has strong ties to the country and feels hopeless and desperate.

Many of those who assembled at the protest site believe that the international community has abandoned their homeland. The diaspora stated they relied on Western forces' success and hoped that the US would move against Pakistan for its claimed deceit and proxy war one day. "We want Pakistan to realize that Afghanistan is not Afghanistan of the 1990s. Neither are the people of Afghanistan, you're not just dealing with a small country name Afghanistan, you're dealing with the whole world, because our kids and grandkids, they're Afghan Americans, Afghan Europeans and Afghan Australians," Habib Oliomi, a California resident, expressed his thoughts.

The atrocities in Afghanistan have prompted many in the diaspora to do what they can to help, including a woman from Texas named Kalah Mujahidi, who has spoken out against the Taliban and Pakistan's suspected backing for the group. The situation in Afghanistan is deteriorating as the Taliban sweep across the country. They have taken control of 22 of the country's 34 provinces in just a few days and are closing in on Kabul, the country's capital. The militant group recently occupied Herat, Kandahar, and Mazar-e-Sharif, the country's second, third, and fourth-largest cities.

The Afghan diaspora is angry, and they accuse the United States of betraying them. Everyone protesting outside Pakistan's embassy in Washington is worried about the Afghan government collapsing and a full-fledged civil war erupting at home. They are concerned that Afghanistan could once again become a safe haven for the Taliban.

US President Joe Biden ordered an extra 1,000 US troops for deployment to Afghanistan on Saturday, bringing the total number of US forces in Afghanistan to around 5,000 to secure an "orderly and safe drawdown" of American and coalition personnel.