The US and the UK accelerated the evacuation process as United States President Joe Biden has chosen 31 August as the deadline for full troops withdrawal. 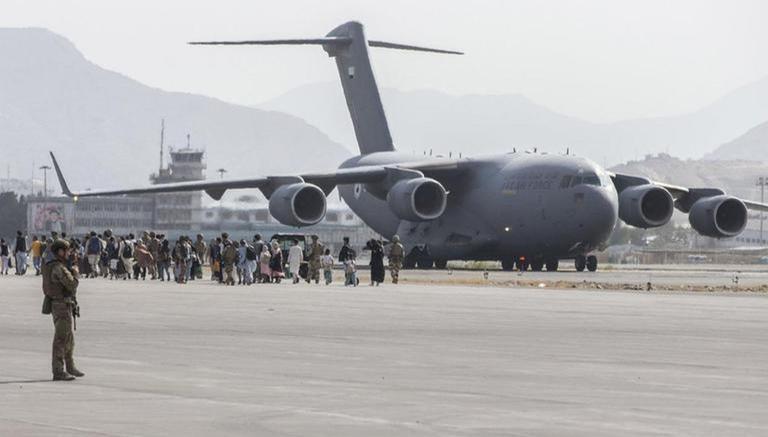 
The suicide bombing attacks at Kabul Airport on Thursday, 26 August have slowed down evacuation efforts of countries helping their nationals flee the Afghanistan amid the Taliban's takeover. Acknowledging the fact that the time was running out to evacuate people stranded in Afghanistan ahead of the 31 August deadline, the White House report stated that nearly 4,200 people were transported from Kabul in 12 hours on Friday.

The US and the UK accelerated the evacuation process as United States President Joe Biden has chosen 31 August as the deadline for full troops withdrawal. On 26 August, Secretary of State Antony Blinken had emphasised that the focus in the coming days would be on assisting remaining American citizens and some Afghans who have worked with the US government.

In a statement, White House press secretary Jen Psaki said, "Even in the face of those threats, our courageous service women and men are continuing to operate a historic evacuation operation".

US ramps up evacuation efforts

According to the White House announcement, the United States has evacuated and facilitated the evacuation of about 109,200 people since 14 August. And since the end of July, the US has relocated nearly 114,800 people.

Meanwhile, Pentagon has said that approximately 5,400 individuals are at the airport awaiting flights out of Afghanistan.

US Army Major General William Taylor said in a press briefing, "There are still approx 5,400 individuals at the airport awaiting flights out of Afghanistan. We have the ability to include evacuees on the US military airlift out of Afghanistan... ISIS will not deter us from accomplishing this mission."

Earlier on Thursday, two ISIS suicide bombers and gunmen attacked the crowd gathered at the Kabul Airport, resulting in the death of more than 90 people, including 13 US military personnel. So far, 150 people have been injured in the attack claimed by Islamic State (ISIS) militants.

To honour the victims killed in the terror attack, the US flag will be flown at half-mast until the evening of 30 August, informed White House spokesperson Jen Psaki.

Condemning the attack, US President Joe Biden vowed to hunt down those responsible for the horrifying incident. He asserted, "To those who carried out this attack, as well as anyone who wishes America harm, know this: We will not forgive, We will not forget."