The United States, on Tuesday, froze the Taliban’s access to billions of dollars in Afghanistan’s national reserves as the chaos continued for the third day. 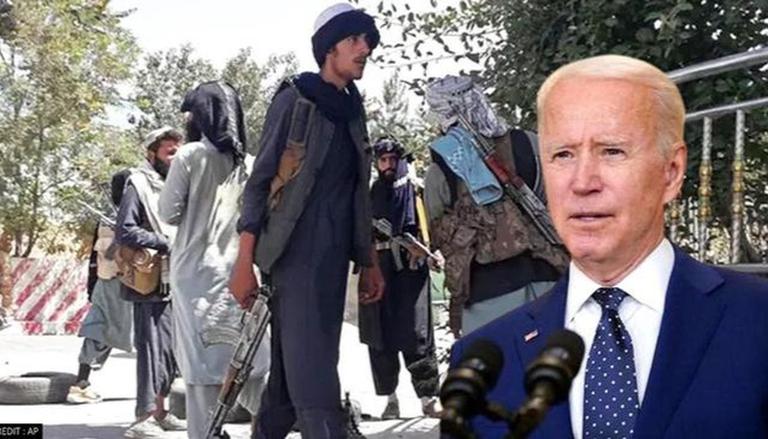 
The United States, on Tuesday, froze the Taliban’s access to billions of dollars in Afghanistan’s national reserves as the chaos continued for the third day in the war-ravaged country. According to a report by Washington Post, the Biden administration has frozen accounts at American banks that hosted money from Afghanistan’s national reserves, thereby cutting the insurgents’ access to the fortune left by the previous government. Taliban, an Islamist fundamentalist moment took over Kabul on Sunday triggering panic and chaos across the country as people lookout for ways to escape the extremists’ ultra- austere rule.

No formal transfer of power in Afghanistan as yet: US State Dept

State Department spokesperson Ned Price on Monday said 'there has not been a formal transfer of power' from the Afghan government to the Taliban following the capitulation of Ashraf Ghani. While Price did not rule out the recognition of the Taliban as Afghanistan’s next ruler, he said that the US was still in talks with the international community on the same.

Pinning the blame on Afghan leaders and military for the crisis, Biden said that if they could not protect their country now, there was no chance that a few more years of US military boots on the ground could have made any difference. “The American forces would not fight and die in a war that Afghan forces are not ready to fight for themselves,” he said.

Asserting that the US has done its duty, Biden said, “We trained them and provided equipment, spent over a trillion dollars, paid their salaries, provided for the maintenance of their air force. We gave them every chance to determine their own future. What we could not provide them was the will to fight for their future”. He also lambasted Afghan political leaders saying they were unable to come together for their people and negotiate a deal with the insurgents.