United States President Biden met the members of his national security staff to discuss the situation in Afghanistan and evacuation operations. 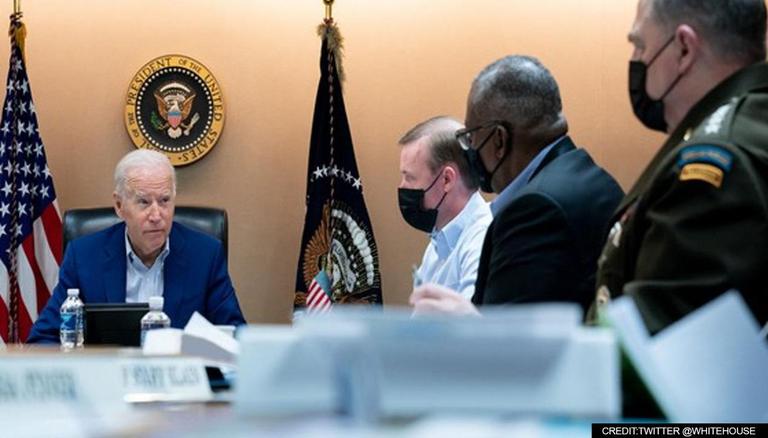 The US President had earlier termed the dire conditions in Afghanistan "gut-wrenching" as visuals showed people running around in sheer desperation, hoping to flee the country after capital Kabul fell to Talibani terrorists.

The official statement by The White House stated, "This morning, the President met with his national security team to discuss the security situation in Afghanistan, counterterrorism operations, evacuation efforts, and intensive diplomatic efforts to finalize agreements with additional third-party country transit hubs."

The officials reviewed steps to expedite the evacuation of their people from the country, issuance of Special Immigrant Visas vulnerable Afghans, and safe transit to Hamid Karzai International Airport during the discussion. The leaders also focused on monitoring any terror threats in Afghanistan, especially from ISIS-K.

Afghanistan is witnessing its worst crisis ever

Afghanistan is going through one of the darkest times in the history of humankind as the Taliban's control forces people to flee the country, and heartwrenching images of people falling off aeroplanes in order to evade the militants continue to shock the world. Terrorists are reportedly preventing people from entering the airport. The situation at the Hamid Karzai International airport is also out of hand as the Taliban has captured areas surrounding it.

After the Taliban took over Kabul, many countries have made arrangements to evacuate their diplomatic personnel from the country. Besides, thousands of locals continue congregating at the airport in an attempt to leave. As a result of the turmoil and gunshots, several individuals have been killed and others have been injured.

READ | Donald Trump slams Biden over US' hasty Afghan withdrawal: 'You had to just follow a plan'

(With inputs from ANI, IMAGE: ANI)