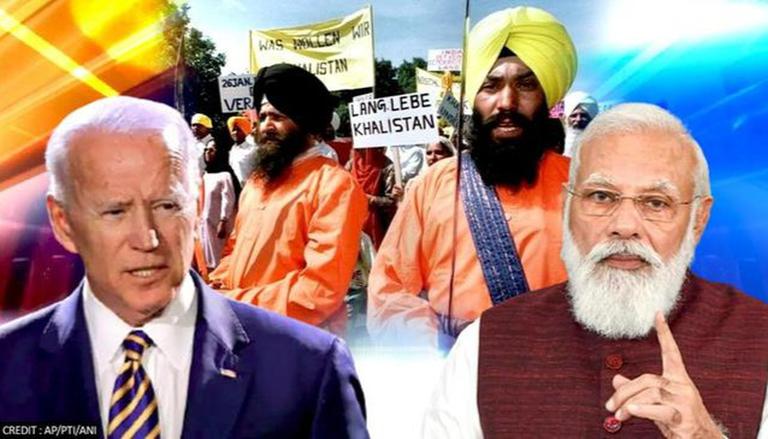 
A US-based think tank has urged the Joe Biden government to pay more attention to the increasing activities of the US-based Khalistani groups and alerted the authorities that these groups might have links with militants and terrorists operating in India.

The think tank has accused the US government of being 'unresponsive' despite being provided with several pieces of evidence by the Indian government of the alleged linkages with terror groups.

“The Indian government has provided the US government considerable evidence of links between US-based Khalistan groups and militants and terrorists operating in India. The likelihood of Khalistan groups receiving funding, support, and military training from Pakistan is also substantive. The US should therefore take India's concerns seriously and dedicate the requisite intelligence and law enforcement resources to help India address these concerns," the report added.

The Hudson Institute, in research titled 'Pakistan's Destabilization Playbook: Khalistani Activism Within the United States', said that "perhaps the most worrisome aspect of US-based Khalistan agitation is the likelihood that Pakistan's intelligence agency is responsible to a considerable degree."

According to an ANI report, the think tank has said that the Indian government has provided the US with substantial evidence of linkages between US-based Khalistan organizations, insurgents and terrorists based in India, but Washington has mostly remained 'unresponsive'.

Cooperation between Khalistani and Kashmiri groups have also been more visible in North America, the United Kingdom, and Europe, according to the research organisation.

"Unfortunately, the United States government has shown no interest in violence committed by Khalistan activists, even though the Khalistan campaign's most ardent supporters are located in western countries such as the United Kingdom, Canada, and the United States. Despite urgent Indian requests to these countries to curb Khalistan separatist groups within their borders, their governments have remained unresponsive to India's appeals," the report said.

According to the research, there has been a recent increase in "Khalistan-related anti-India activities within the United States," as well as the possibility of Khalistan groups obtaining finance, assistance, and combat training from terror hubs in Pakistan.

"Making these demurrals all the more puzzling is the increasing involvement over the last decade of Khalistani groups with Pakistan's so-called Kashmiri groups, who have also become the focus of American intelligence and policy communities," it added.

The study demands that the US government should take action against Khalistan groups and that all terrorist organizations responsible for attacks in India be included in the US government's list of designated worldwide terrorist groups.

"Include all groups responsible for terrorist attacks in India in its list of designated global terrorist groups; designate as terrorists the various individuals that India and US intelligence and law enforcement have established as being connected to designated terrorist entities; apply terror financing laws and regulations to the various groups espousing Kashmiri and Khalistan separatism," it said.