Former US President Donald Trump responding to his comeback rumours, said that he was not considering vying for the role of the House of Representatives in 2022 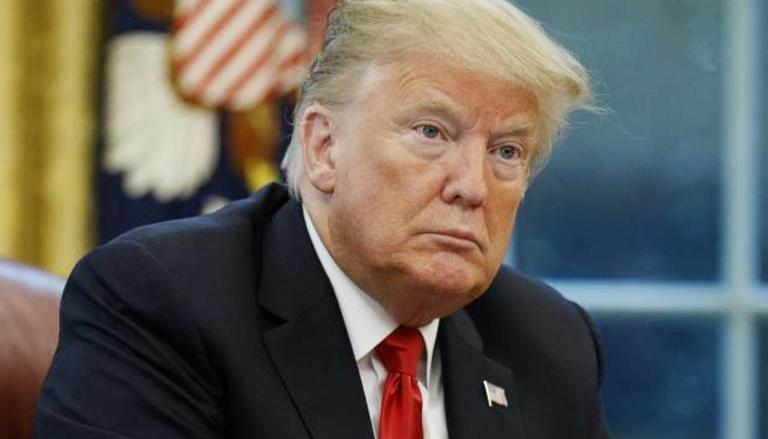 
On Monday, June 22, former US President Donald Trump said that he was not considering vying for the role of the House of Representatives in 2022 though he is aware of the mounting rumours.

Trump in an interview with conservative outlet Real America's Voice said, "I have heard the talk and it's getting more and more. But it is not something that I would have considered, but certainly, there is a lot of talk about it".

The former US President also informed that he has a good relationship with the House minority leader Kevin McCarthy, who can potentially become the next speaker if the Republicans win back the majority after the midterm elections in the last quarter of 2022, and hopes "to do everything traditionally."

On Saturday, McCarthy in a recent interview to Fox News confirmed that Trump was considering to run for the speaker chair and become the first unelected official in the position.

In early June, in another interview, Trump said he was interested in the idea of becoming the House speaker to come back to the American big politics before 2024 when the next presidential elections will take place.

Elections to the U.S. House will be held on November 8, 2022. All 435 seats will be up for election. Special elections will be held to fill vacancies that occur in the 117th Congress.

Republicans are enthusiastic about their chances of taking over the U.S. House of Representatives in the midterm elections of 2022. Currently, the Democrats hold just a 219-211 lead in the House, a margin that would be 222-213 if the five currently vacant seats remain with the same party after they've been filled in special elections this year.

By historical standards, the Democratic edge is small. Only twice since World War II has the majority party held fewer than 222 seats when it was at full strength – the Republicans with 221 seats from 1953 to 1955 and the same number from 2001 to 2003.

Democrats maintained a majority in the U.S. House as a result of the 2020 elections, winning 222 seats to Republicans' 213. Democrats flipped three seats and Republicans flipped 15, including one held by a Libertarian.