Amid Omicron Surge, Bill Gates Predicts 'acute Phase' Of Pandemic To End In 2022

The Omicron variant of Sars-CoV-2 which was discovered late in November has now spread to more than 50 countries, according to World Health Organisation 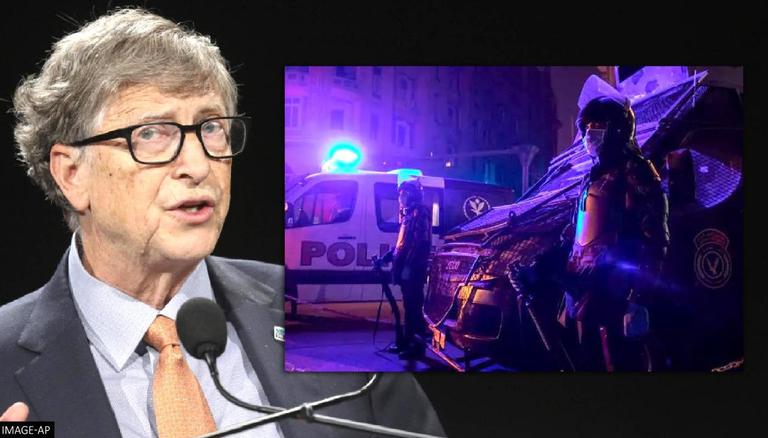 
The Omicron variant of Sars-CoV-2 which was discovered late in November has now spread to more than 50 countries. As administrations across the world scramble to combat the threat of growing Coronavirus infection, billionaire philanthropist Bill Gates has reckoned that the “acute phase of the pandemic will end in 2022.” His remarks were a part of a blog post wherein he also said that the world was better prepared to tackle the new variant as compared to the past.

“I think the acute phase of the pandemic will come to a close sometime in 2022,” Gates said.

The Coronavirus infection, which emerged from a wet market in China has now spiralled to infect more than 268,740,686 people across the world. The new variant of the Coronavirus has also emerged from South Africa and the scientific community commented on it, saying that the symptoms of it are 'mild' but 'highly transmissible'.

In a briefing on Wednesday, WHO Chief Tedros Adhanom Ghebreyesus said, "The Omicron variant has now been reported in 57 countries and we expect that number to continue growing. Certain features of Omicron, including its global spread and a large number of mutations, suggest it could have a major impact on the course of the #COVID19 pandemic.'

Highlighting the same, Gates said that the new strain was definitely concerning but the world was now “better prepared” to combat the rising infections.

“There’s no question that the Omicron variant is concerning,” Gates said.  “But here’s what we do know: the world is better prepared to tackle potentially bad variants than at any other point in the pandemic so far. Communities will still see occasional outbreaks, but new drugs will be available that could take care of most cases and hospitals will be able to handle the rest,” he added.

2021 was an incredibly hard year for many people, including me, but there are reasons to be optimistic that 2022 will be better: https://t.co/BxF6Q4K9Mq pic.twitter.com/C0SdhYxKg8

Meanwhile, speaking at a press briefing, Mike Ryan, Executive Director of the WHO's Health Emergencies Program reckoned that although the evolutionary nature of the SARS-CoV-2 virus makes it more transmissible, it does not necessarily mean a decline in its severity. Whether or not a mutation turns out to be milder or more lethal is a matter of chance, he told reporters.