Prince Harry and Meghan Markle’s hometown of Montecito has fallen prey to the wrath of the California storms. The town houses many celebrities. 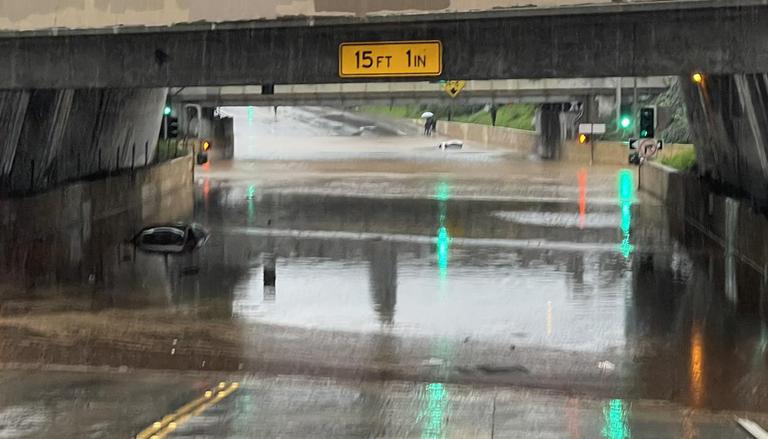 
Prince Harry and Meghan Markle’s hometown of Montecito has fallen prey to the wrath of the California storms. The residents of the California town located in Santa Barbara County went under an evacuation order on Monday due to heavy rains. According to The Independent UK, the Montecito Fire Department urged the residents to “immediately leave” their homes. The fire department also asserted that its website had crashed due to heavy traffic. TV personality Ellen DeGeneres has also called this town her home.

Public Information officer, Scott Safechuck, took to Twitter to share the press release which ordered the evacuation. The officer wrote in capital letter, “IMMEDIATE EVACUATION ORDER FOR ALL OF MONTECITO, PARTS OF CARPINTERIA, SUMMERLAND & CITY OF SANTA BARBARA”. The Monday press release listed the regions from where the evacuation has been ordered. The press release by Santa Barbara reads, “LEAVE NOW! This is a rapidly evolving situation. Please pay close attention to emergency alerts”. The press release also listed the shelters the residents can take refuge in.

IMMEDIATE EVACUATION ORDER FOR ALL OF MONTECITO, PARTS OF CARPINTERIA, SUMMERLAND & CITY OF SANTA BARBARA pic.twitter.com/mKZbG7o4Zt

8 inches of rain fell for over 12 hours

The National Weather Service reported that at least eight inches of rain fell for over 12 hours in the region. The severity of the rain is expected to increase as the storm system sweeps through the area. The state of California is engulfed in heavy rains and severe storms. Commenting on the crisis, California Governor Gavin Newsom exclaimed, "California is in the middle of a deadly barrage of winter storms, and we are using every resource at our disposal to protect lives and limit the damage.”

On Monday, US President Joe Biden declared a state of emergency in the state of California. The US President announced the emergency measures under “Title V of the Stafford Act”. According to USA Today, so far, 12 people have lost their lives due to the severe storms in the US west coast state.