San Mateo County Sheriff arrested Jennifer Nguyen and Sam San of San Francisco in connection to the sale and possession of illegal fireworks. 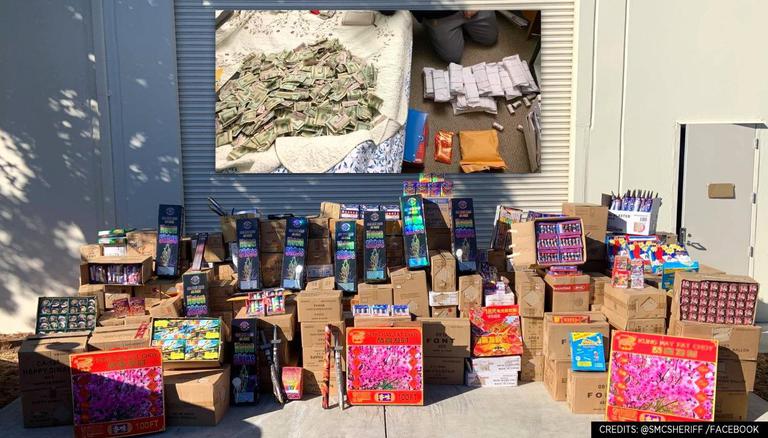 
Northern California authorities have seized about 15000 pounds (6,803.88 kilograms) of fireworks and $1 million into the distribution of the illegal explosives. San Mateo County Sheriff arrested Jennifer Nguyen, 54, of San Jose and Sam San, 61, of San Francisco in connection to the sale and possession of illegal fireworks. Amid a historic drought and fears of devastating wildlife season, authorities have been urging people to forgo fireworks displays as the Fourth of July approaches, reported AP. Fireworks already have caused a few small wildfires, including one started by a child in northern Utah and another in central California.

Investigation against distribution of illegal explosives

Crime Suppression Unit (CSU) Detectives linked San and Nguyen to the sales of fireworks in San Mateo County. Through surveillance, CSU Detectives identified two residences and a warehouse in Oakland associated with the operation. Search warrants were served this week in San Mateo, San Francisco, Alameda and Santa Clara counties as part of the investigation. Police has urged people to report matters of fireworks to them.

Amid wildfire risks, three cities in Washington and one in Oregon have banned fireworks through the Fourth of July, reported Oregon live. The authorities in the cities of Bend, Camas, Washougal and Battle Ground said that they would prohibit residents from setting off fireworks. However, Camas and Washougal authorities said that they will still allow the sales of fireworks to continue.

WE RECOMMEND
Iraq military condemns US airstrikes on its border with Syria, calls it 'unacceptable'
US-based YouTuber sends Dogecoin to space to celebrate Elon Musk's 50th birthday
US Navy veteran demands public apology for being 'mocked' over UFO sighting in 2004
It's imminent: After nearly 20 years US to leave Bagram
'Legally insufficient': US judge dismisses antitrust lawsuits against Facebook