The United States Secretary of State Antony Blinken has said that the Taliban would have to work in order to be recognised as legitimate government. 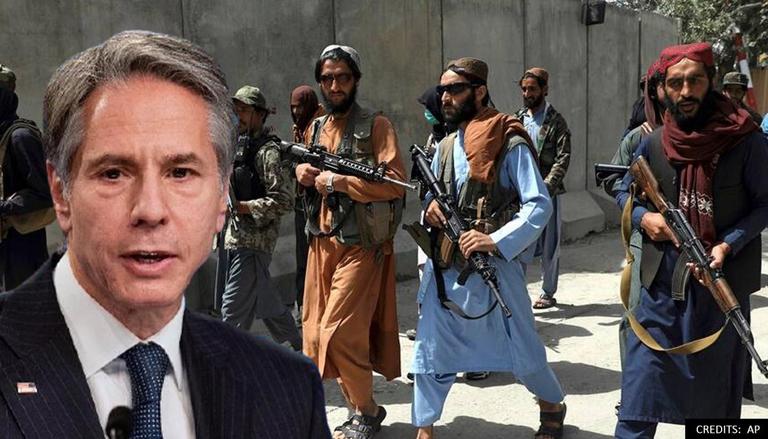 
The Taliban on Tuesday, September 7, announced the all-male interim government of Afghanistan led by Mullah Hassan Akhund. A day after the announcement of government, the United States Secretary of State Antony Blinken has said that the Taliban would have to work in order to be recognised by the international community as a legitimate government. Blinken also said that the Taliban must allow the people to travel outside the country.

"The Taliban seek international legitimacy. Any legitimacy any support will have to be earned," ANI quoted Blinken as saying.

United States Secretary of State Antony Blinken has said that the Taliban must live up to its commitments to allow safe passage for those looking to leave Afghanistan. They must permit foreign nationals, visa holders & Afghans to travel outside Afghanistan if they wish to, according to ANI. Blinken asserted that they need to remain vigilant in order to address the threats when the situation arises.

Blinken also made the mention the attack that was carried out by ISIS-K carried out on August 26, which killed 13 US service members and Afghans. He asserted that the US will "maintain robust counterterrorism capabilities" in the region to neutralize any threats. While speaking to reporters, Blinken assured that they were making efforts to facilitate further evacuation but added that the Taliban stopped people from leaving the country who did not possess the proper documentation. Blinken made the remarks after holding bilateral talks with German counterpart Heiko Mass at the Ramstein Air Base in western Germany.

“We must hold the Taliban, including the recently announced caretaker government and any eventual Afghan government, to their commitment to allow foreign nationals, visa holders, and Afghans to travel outside the country if they wish,”  ANI quoted Blinken as saying.

Of course, we can’t just rely on Taliban to meet these commitments. Horrific attack that ISIS-K carried out on Aug 26th, which killed 13 US service members and many, many Afghans, did show the serious threat that these groups continue to play inside Afghanistan: US Secy of State

All of us have to remain vigilant & monitor threats&address them swiftly when they arise. US will maintain robust counterterrorism capabilities in the region to neutralize any threats, & we won’t hesitate to use those capabilities if we have to do so: US Secy of State

Blinken told the reporters that the new Afghan government "certainly does not meet the test of inclusivity and it includes people who have very challenging track records", according to AP. US Secretary of State Antony Blinken called upon the international community to unite in holding the Taliban accountable on issues of counterterrorism. Furthermore, he pointed out that US engagement with the Taliban and a new government "will be for purposes of advancing the national interest", noting that the "ways that are fully consistent with our laws", according to AP. Blinken and German Foreign Minister Heiko Maas demanded that the Taliban must permit Afghans to travel freely and to respect their basic rights, including the rights of women.

On Tuesday, the Taliban announced the government of the 'Islamic Emirate of Afghanistan', naming Mullah Mohammad Hasan Akhund, the head of the Taliban's powerful decision-making body 'Rehbari Shura' as its interim Prime Minister. He will be accompanied by Taliban co-founder Mullah Abdul Ghani Baradar as his deputy. On August 15 this year, the Taliban took over Afghanistan as they captured the country's capital, Kabul. Several government officials and legislators, including the country's former President Ashraf Ghani, fled the country on Sunday.