Antony Blinken Says US Not Planning To Buy Greenland From Denmark

“Our [US] relationship with Greenland is growing and deepening. And it’s in that spirit that we are trying to strengthen the partnership," Blinken said. 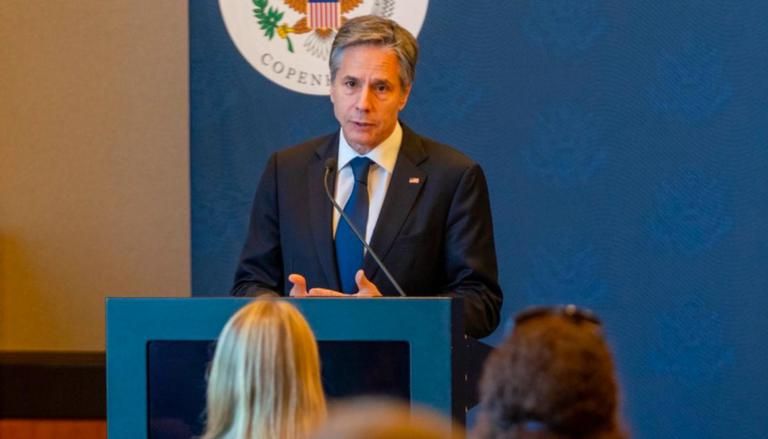 
The US Secretary of State Antony Blinken on Monday said that the United States no longer seeks to buy Greenland from Denmark. At a news conference in Copenhagen, Blinken responded to Denmark's DR-TV reporter’s question who asked if the US still plans to buy Greenland like Secretary Mike Pompeo had mentioned during his visit when he was asked whether the US wanted to be in the market for the Arctic island. “I’m going to ask you the same thing, Mr. Secretary:  Does the U.S. still want to buy Greenland?” the reporter asked at the conference. In his response, Blinken said, “I’m focused on looking forward, and the short answer is no.”

Focusing on the remarkable partnership between the US and the Kingdom of Denmark, Blinken said, “Our [US] relationship with Greenland is growing and deepening. And it’s in that spirit that we are trying to strengthen the partnership.” Furthermore, he added, that there are tremendous opportunities between the two nations in terms of increasing trade and investment, working on science, technology, education, on tourism.  “All of that is in the mix and that’s what we’re focused on,” the US secretary of state said.

.@USEmbDenmark employees represent our hard-working, multinational, and diverse global team. Their commitment to our mission and dedication to strengthening the U.S.-Denmark partnership is commendable. It was a pleasure to thank them for their efforts today. pic.twitter.com/SCTJa0vnwW

In 2019, former US President Donald Trump had said that he wanted to buy Greenland, the world’s biggest island. It immediately became a confusion, however, whether the ex-US commander-in-chief was actually joking. The former had also cancelled his visit to Denmark after the country's Prime Minister Mette Frederiksen called the idea “absurd." Trump, according to US broadcasters’ coverage then, had repeatedly pushed the White House to explore the idea of buying the 830,000 square miles (2.2 million square kilometers) island where the US’ Thule Air Base of the United States armed forces is located.

Danish PM Mette Frederiksen had condemned the idea as she said she hoped that the US President was “not serious”. Trump’s remarks caused protests as Dans expressed outrage. This had also forced the former US leader to cancel the visit to a "very special country” as he tweeted, that he had to scrap the visit because Ms. Frederiksen had "no interest in discussing the purchase of Greenland".

WE RECOMMEND
US 'will continue to provide assistance' to India in fight against COVID-19: White House
US investigates second case of mysterious 'Havana Syndrome' near White House
US Lawmakers introduce resolution to support India amid the COVID-19 crisis
Rupee opens on flat note, rises 7 paise to 73.15 against US dollar in early trade
Lawyer: US approves release of oldest Guantanamo prisoner