As Gun Violence Grows In US, A Look At How California Mass Shooting Gunman Was Disarmed

The instances of gun violence in the US are increasing to a great extent leaving many questioning the current gun laws of the country. 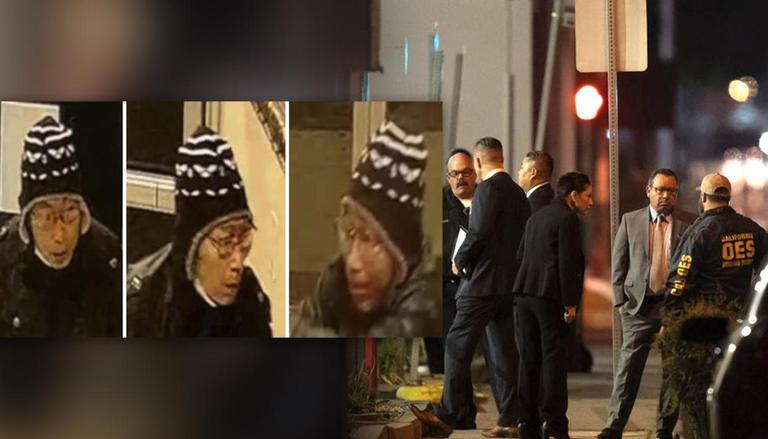 
On Saturday, the US state of California witnessed one of the most deadly mass shooting incidents in its modern history. A 72-year-old Chinese man named Huu Can Tran barged inside a dance studio in Monterey Park and killed 10 people. On Monday the death toll of the tragic mass shooting incident rose to 11 as around 9 people were left wounded after the incident. The instances of gun violence in the US are increasing to a great extent leaving many questioning the current gun laws of the country.

As the investigation over the Monterey Park mass shooting continues, here is how the 72-year-old gunman was disarmed.

20 minutes after creating a ruckus in the Star Ballroom Dance Studio in Monterey Park, Tran rushed to the Lai Lai Ballroom & Studio in Alhambra, with his semi-automatic weapon. However, a brave man named Brandon Tsay wrestled Tran and disarmed the 72-year-old gunman, preventing further escalation of the gruesome bloodshed. “It was Chinese New Year's. We were hosting a social dance party. I was in the lobby. It was late into the evening, and most of our customers already left. I wasn't paying attention to the front door — I was looking into the dance ballroom, the dance floor, and this is when I heard the sound of the front door quickly closing and instantly followed by the sound of metal objects clinking together as if they were rubbing," Tsay told ABC News on Sunday. "That's when I turned around and saw that there was an Asian man holding a gun," he added.  Recalling the devastating ordeal, Tsay told ABC News that he did not recognize Tran and talked about what was going through his mind as the whole event played out. "My first thought was – I was gonna die here. This was it," Tsay exclaimed.

In the ABC interview, Tsay also asserted that the 72-year-old man was not looking for money. “When he was looking around the room it seemed like he was looking for targets – people to harm. Something came over me – I realized that I needed to get the weapon away from him,” he said. To prevent any further escalation, the brave man gathered courage and lunged at Tran disarming him. "When I got the courage, I lunged at him with both my hands, grabbed the weapon and we had a struggle. We struggled into the lobby, trying to get this gun away from each other," Tsay recalled. With this act of bravery, Tsay managed to avert any further escalation of the already gruesome mass shooting incident. Tran, on the other hand, was later found dead at a strip mall parking lot at 1 am on Sunday.

The need to introspect the US gun laws

In the wake of the tragic mass shooting incident on Saturday, US lawmakers are now calling for the implementation of stricter gun laws in the country. During his visit to the scene of the crime, California Governor Gavin Newsom asserted that the US gun regulation is falling short. "The Second Amendment is becoming a suicide pact," the California Governor told CBS news. "Nothing about this is surprising. Everything about this is infuriating," he added. Meanwhile, the California Asian American and Pacific Islander (AAPI) Caucus organised a vigil on the steps of the US Capitol hill and demanded stricter gun laws. “The fact of the matter is that this issue is about the senseless attacks on communities with respect to firearms,” The chair of the AAPI caucus asserted on Monday.

According to the Washington Post, California ensures mandatory waiting periods and proper background checks for firearm purchases. The west coast state also passed a law that would allow people to sue anyone who “manufactures, distributes or sells illegal weapons in California. However, the legislation is still stuck in court. In December, a federal judge blocked the same California gun law stating that it emulated a controversial Texas abortion measure and might end up “provoking court fights”. According to CNN, the country has witnessed at least 37 gun-related violence in the first month of 2023. With these jarring figures, CNN also revealed that firearm injuries are now a leading cause of death among people younger than 24 in the United States of America. Hence, the Saturday event has increased the need for the Biden administration to introspect the current gun laws in the country.