The death toll from rapper Travis Scott's tragic Astroworld music festival has gone up to ten as a 9-year-old boy has passed away, as per a family attorney. 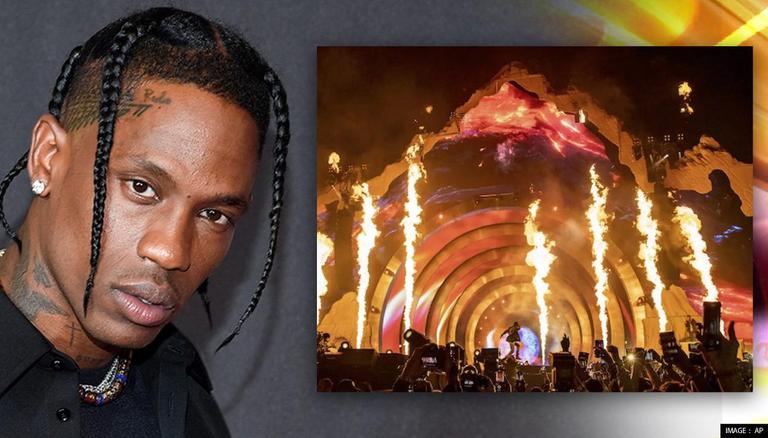 
The death toll from rapper Travis Scott's tragic Astroworld music festival has gone up to ten as a 9-year-old boy has passed away, as per a family attorney. According to reports, 9-year-old Ezra Blount was placed on life support and passed away on Sunday at the Texas Children’s Hospital in Houston. The ninth victim of the tragic concert, Bharti Shahani had died on Wednesday. Meanwhile, the Blount family's attorney Ben Crump has said that the family is committed to seeking answers and justice.

"The Blount family is grieving the incomprehensible loss of their precious young son. This should not have been the outcome of taking their son to a concert, what should have been a joyful celebration. Ezra's death is absolutely heartbreaking. We are committed to seeking answers and justice for the Blount family," Ben Crump said in a statement, as quoted by KTRK-TV on Sunday.

Meanwhile, around 90 more lawsuits have been filed on behalf of people who say that they were injured at the Astroworld Festival. Attorneys who are representing over 200 people claiming they were injured in the stampede reportedly said that they are additionally filing 90 more lawsuits against the promoters of the events. The BBC reported that lawsuits have already been filed against Travis Scott for inciting 'crowd mayhem' at the event. The organisers have also been under the radar for their failure to avoid the sad fatalities.

Earlier on Sunday, Travis Scott released a statement on the incident and said that he was 'extremely devastated'. In addition, the Grammy-nominated rapper also extended his condolences to the families of those who lost their life. Moreover, he has also assured that he is cooperating with the police department of Houston as they investigate the incident. Scott has also thanked the Houston Police Department, Fire Department and NRG Park for their immediate response and support.

"I am absolutely devastated by what took place last night. My prayers go out to the families and all those impacted by what happened at the Astroworld festival," said Travis Scott.

The Astroworld rapper also took to Instagram stories condoled the deaths of people who died at his concert. He also remarked that his fans meant the world to him. In addition, Travis, who also appeared to be disturbed by the incident, has urged fans to notify the police if they know anything about the incident.

"I just want to send out prayers to the ones whose life was lost last night. My fans really mean the world to me. And I always really want to leave them with a positive experience. Anytime I could make out or anything that's going on I can stop the show and help them get the help they need. I can't just never imagine this in the rarest of the situation," he said on Instagram.

Travis Scott's Astroworld Music Festival turned into a severe tragedy when at least eight people were killed and several others were left injured. The event which saw a whopping 50,000 fans in attendance soon became a cramped situation as people were not able to breathe or move. When Travis Scott appeared to perform, the fans surged forward towards the stage to see the Grammy-nominated artist. After the tragedy, the concert was stopped midway and the second day of the Astroworld was cancelled. Authorities have informed that the deceased were in the 14-27 age group. In addition, they are working on identifying all the deceased, and the cause of death will be informed after conducting a medical examination.