"A violent attack on our Capitol made it clear just how fragile the American experiment in democracy really is," the former US President said in a statement. 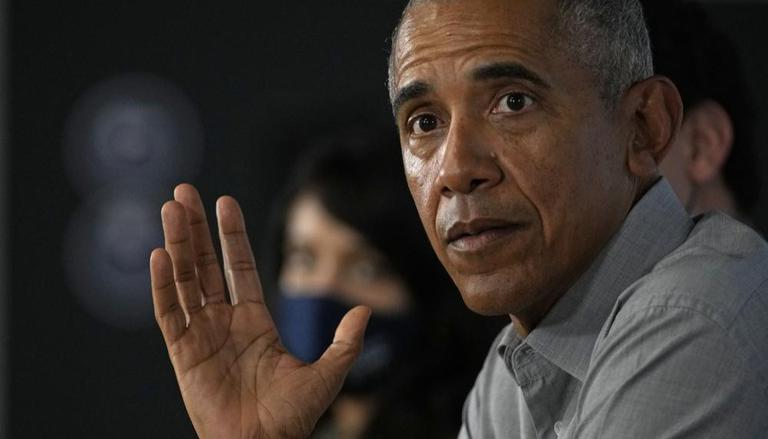 
Remembering the horrific Capitol Hill riots on its first anniversary, former US President Barack Obama urged the Republican Party as a whole to take up the role of promoting democracy abroad, stressing that the US cannot do so if the basic block and tackle of elections is threatened at home.

In his statement, on 6 January 2022, Obama, like President Joe Biden, did not specifically mention former President Donald Trump but cautioned that the fundamental core of the United States' democracy remains in jeopardy.

Posting on Instagram, the former US President wrote, "One year ago, a violent attack on our Capitol made it clear just how fragile the American experiment in democracy really is."

"One year ago, a violent attack on our Capitol made it clear just how fragile the American experiment in democracy really is. And while the broken windows have been repaired and many of the rioters have been brought to justice, the truth is that our democracy is at greater risk today than it was back then," Obama wrote.

'Americans have been defenders of democracy and freedom around the world'

Obama emphasised that the United States has a long history of defending democracy and freedom around the world, particularly when it is threatened. While he did not mention Trump directly, Obama referred to him as the leader who is deliberately undermining democracy at home. He went on to add that Americans cannot set an example when their own politicians are willing to invent lies and call into question the results of free and fair elections.

"Historically, Americans have been defenders of democracy and freedom around the world - especially when it's under attack. But we can't serve that role when leading figures in one of our two major political parties are actively undermining democracy at home. We can't set an example when our own leaders are willing to fabricate lies and cast doubt on the results of free and fair elections," Obama wrote.

The former US President added, "If we want our children to grow up in a true democracy - not just one with elections, but one where every voice matters and every vote counts - we need to nurture and protect it. Today, that responsibility falls to all of us. And on this anniversary, nothing is more important."

Meanwhile, President Joe Biden began his speech by recounting the events of the previous year, emphasising that Americans must confront the facts of January 6. He slammed Trump's three "big lies" concerning the election results. He discussed how the United States may appear to the rest of the world, as well as how America's foes may strive to exploit democracy's vulnerability.

Here is the truth: The former president of the United States has created and spread a web of lies about the 2020 election.

He’s done so because he values power over principle. Because his bruised ego matters more to him than our democracy or Constitution.