In a post shared on Facebook, Michelle Eberhart wrote that while her husband was out playing golf and she was chatting with friends, bears unlocked the door.

In an unusual incident, at least four bears busted into a mountain cabin in Gatlinburg, Tennessee, while the inmates were away, loitering around, throwing a party as they ate candies, stole beer from the fridge, and chugged on the diet coke. In a post shared on Facebook, Michelle Eberhart said that while her husband was out playing golf and she was chatting with friends, the bears unlocked the front door and entered the property.

Further, she said, the bears roamed around her house premises searching for food items, standing on two paws, without the fear of humans. The bears managed to secure five pounds of Reese's Peanut Butter Cups, a pound of M&M's, two pounds of Sour Patch Kids, two bags of potato chips, a tub of peanut butter pretzels and two bags of Dove salted caramel candy, Eberhart was quoted as saying, according to a leading news outlet. The bears also took two beers, two diet cokes, and some of the allergy medicines, she added, reportedly surprised by the incident. All this while, Eberhart reportedly hid in the bedroom and waited for the group of bears to leave, she, however, managed to call the police. 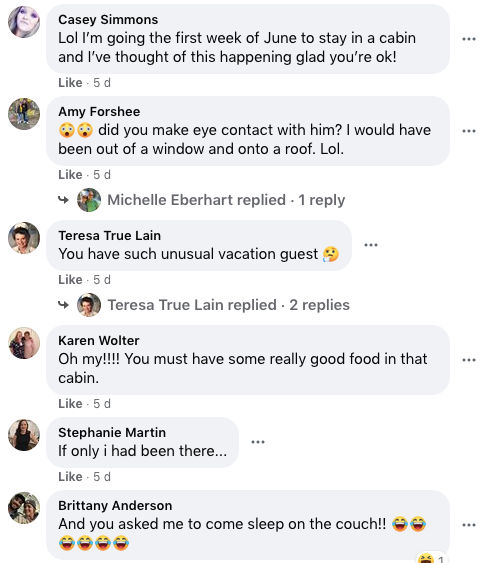 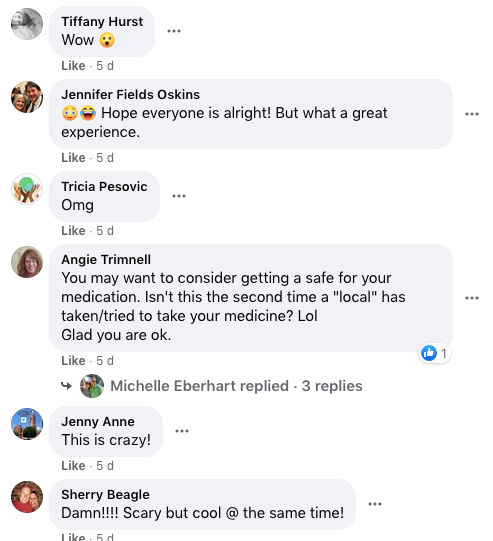 Police officer chased the bears away

When an officer on duty arrived and opened the door, the bear ran out of the house and jumped off a balcony, according to reports. The police officer then had to chase the other three bears out of the premises. He made a temporary repair to the door, so it would stay locked until it could be fixed, reports confirmed. The bears also ate a ton of candy and snacks that were kept on the kitchen counter and took some of it outside as they hung out around the house, Eberhart reportedly said. They knocked over the trash, knocked over a book, destroyed a couple of decks of cards and scratched up a lot of stuff, she was quoted as saying. There are scratches on walls and the floor, she reportedly said. The bears didn't damage or knock over the furniture around the house in the incident.