United States President Joe Biden has informed that the US is focusing on terror threats emerging out of other regions apart from Afghanistan. 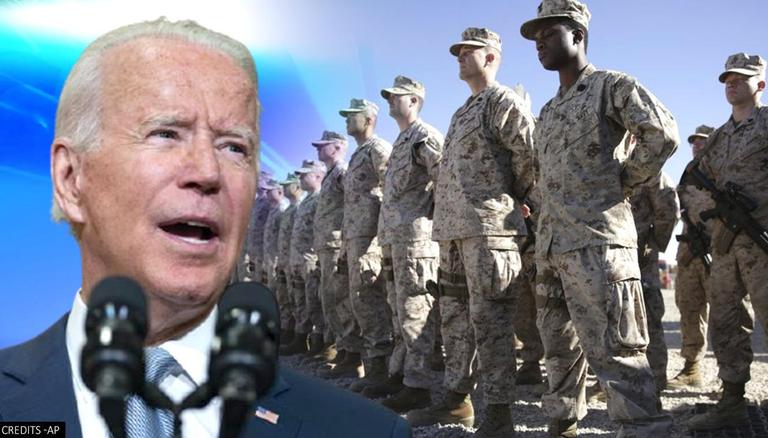 'We are repositioning our resources to meet terror threats': Joe Biden

"We need to meet the terror threats where they are today. Today the terror threat had metastasized beyond Afghanistan. So, we are repositioning our resources and adapting our counter-terrorism posture to meet the threats, significantly in outh Asia, the Middle East, and Africa," said Biden

90% US troops withdrawn from Afghanistan: Pentagon

The Pentagon has revealed that the United States has withdrawn almost 90 per cent of its troops from Afghanistan. The US has set a complete withdrawal deadline as September 11, 2021, which is also the 20th anniversary of the 9/11 terrorist attacks on the United States. Biden had said that it was time to end America's longest war that killed 2,200 U.S. troops and 38,000 Afghan civilians. In addition, the US' war in Afghanistan cost the country as much as $1 trillion, said Biden. The US has already handed over its former airbases to Afghanistan including the Bagram Air Base, which was the largest airbase of the United States.

The Bagram Air Base was the epicentre for US military operations in Afghanistan for over two decades. The US is expecting to hand over the complete role of the US troops to the Afghanistan security forces by August. However, it will still maintain some presence in Afghanistan and is expected to keep at least 650 US military personnel in Afghanistan in order to protect the US embassy and diplomats.