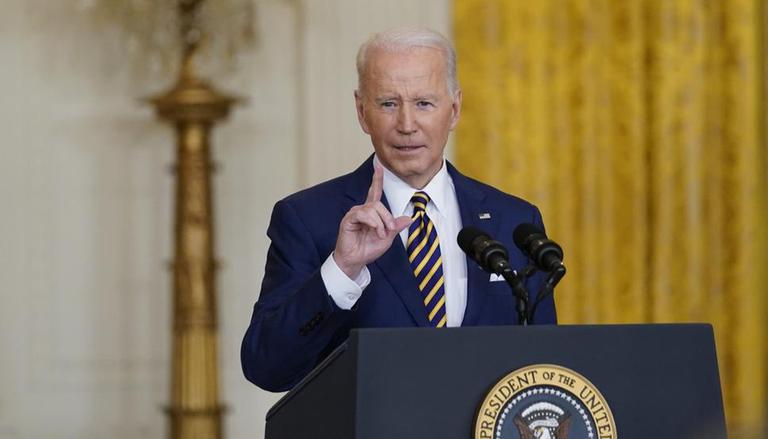 "We urge your administration to promptly begin developing a comprehensive strategy with respect to the People's Republic of China," senators Jim Risch and Mitt Romney said in a letter to Biden on Thursday, a copy of which was released to the press.

The United States, they said, must move rapidly to deter China's unabated aggression.

"Key among China's actions are its own rapid military and nuclear buildups, significant violations of freedom of navigation, aggression against India and Japan, and ever-increasing belligerence toward Taiwan -- including its stated willingness to 'reunite' the island by force," they wrote.

"Combative actions by China, including firing ballistic missiles and encircling Taiwan in response to Speaker (Nancy) Pelosi's trip to Taiwan, are an effort to dictate US policy regarding Taiwan and undermine the United States' commitment to a free and open Indo-Pacific," the two Republican senators wrote.

The letter by Romney and Risch comes days after Biden had his first in-person meeting with President Xi Jinping of China on the sidelines of the G-20 Summit in Bali, Indonesia.

According to the two senators, the fallacies that integrating China into the global economy would move it towards greater liberalisation, adherence to the rules of global commerce, and the fostering of personal freedoms are widely acknowledged.

With its brutal repression of the Uyghurs and the people of Hong Kong, its expanding military installations in the South China Sea and its predatory economic practices, the need to shape a strategic environment that balances against China's course of ever-greater conflict is obvious and urgent, they said.

"But, to date, America has reacted to Chinese strategic initiatives in an ad hoc, tardy, and largely ineffective manner. China, on the other hand, adheres closely to carefully designed plans," the two senators said.

Referring to Biden's recent meeting with Xi, Risch and Romney said the president affirmed that the US would continue to compete vigorously with China, including by "investing in sources of strength at home and aligning efforts with allies and partners around the world".

"However, our lines of effort must be focused. It is past time for America to shift its posture to one appropriate for great-power competition. We must develop a comprehensive strategy, drawing on many of our best minds to foster global peace, shared prosperity, and freedom," they said.