"Do or Die": Biden's Congressional Allies Race Against Time To Negotiate With GOP On 'Domestic Agenda'

The Biden congressional allies are racing against time to craft a deal on the Domestic Agenda with the Republicans (GOP) to keep government shut down at bay. 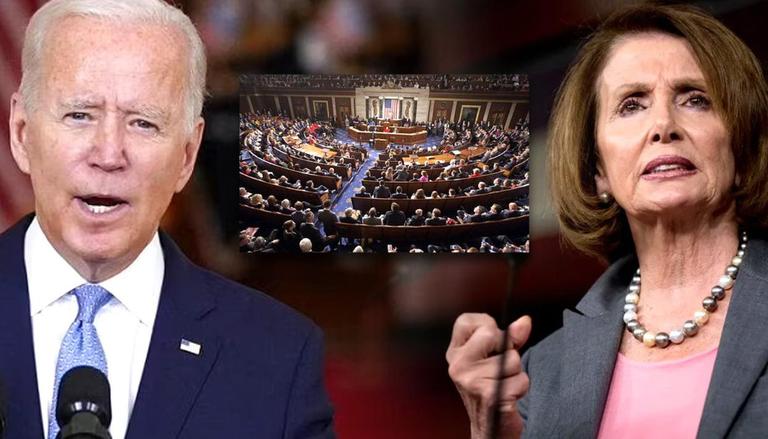 
As the Senate begins hearings on the US President Joe Biden administration's budget and infrastructure bill, the congressional allies are racing against time to craft a deal on the Domestic Agenda with the Republicans (GOP) to keep the government shut down at bay. With this, the Democratic members are facing a trifecta of crucial votes over negotiations on two other key spendings, Sputnik reported. It is also to be noted that without an agreement, the federal government may face risk of default debts or loose funding as a whole.

On Monday, the Senate will begin the voting process around 5:30 pm on the legislation that sought to suspend the debt ceiling until 2022 and provide additional funding for the federal government through early December. The legislation was passed by the House of Representatives last week. The rider to the deal also includes emergency aid for the resettlement of Afghans in the US.

The Biden agenda: lower costs, historic middle class tax cuts, millions of green good-paying jobs for the American people and much more to #BuildBackBetter – and paid for by making sure the wealthy and corporations pay their fair share. pic.twitter.com/KtQwacR52K

According to experts, the Domestic Agenda bill is widely expected to fail due to strong criticism from the GOP and Democratic infighting. The bill requires a 60-vote majority in 100 Senate seats in order to avert the fiscal crisis. "The resolution is the answer forwarding numerous fast-approaching crises on the horizon," the formulator of the debt ceiling bill, Senate Majority Leader Chuck Schumer said in a statement.

On September 21, the bill was passed in the US House with a 220-211 majority. While all Democrat leaders stood in favour, Republicans outrightly opposed it. Now, if the bill is failed to be passed by the Senate, the Democrats will have to scramble for an alternative in order to avoid a federal fund lapse. It is noteworthy, that the current developments have also left a grave impact on the US stock market since Monday.

READ | 'US needs to strengthen ties with India to keep China, Taliban under check': Congressman

As per Associated Press, the US government Treasury Department has been struggling to fund the government expenditures since the debt limit expired on July 31. It has also undertaken "extraordinary measures" to meet payment deadlines and avert an economic crisis. According to financial experts, in case the bill is not passed by the Senate, the Treasury Department might run out of cash reserves sometime in the next month. Following this, it will have to rely on incoming receipts to pay its obligations, which currently stand at $28.4 trillion.

It is also worrisome that the failure to secure fund flow would cost 6 million jobs and stock market losses that could wipe out $15 trillion of household wealth. Talking about the economic condition of the US, Treasury Secretary Janet Yellen wrote in an op-ed in the Wall Street Journal that the country could "reverse into recession if the Congress fails to raise the federal debt limit". She also highlighted that "Congress has raised or suspended the country's debt ceiling about 80 times since 1960. Now it must do so again".

WE RECOMMEND
'US needs to strengthen ties with India to keep China, Taliban under check': Congressman
Joe Biden explains 'Build Back Better Agenda' for inclusive US economy
'Booster' for Biden: US President gets third COVID vaccine shot at the White House
US Deputy Secy of State to visit New Delhi for bilateral meetings, India Ideas Summit
US: Biden administration introduces proposal to shield DACA immigrants from deportation