Brinton removed the ID tag identifying the owner from baggage before leaving. He was also seen using the same Vera Bradley suitcase on at least two occasions. 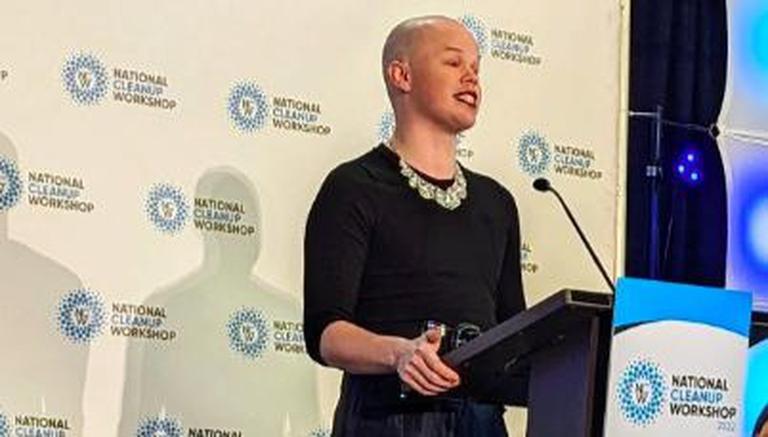 
US President Joe Biden’s nuclear official on Tuesday was charged with stealing a traveller's luggage at the Minneapolis airport in September. Sam Brinton, a senior Energy Department (DOE) official, who is one of the first gender non-binary officials in the US federal government, took the Vera Bradley suitcase of a woman worth $2,325 from the luggage carousel at the Minneapolis St. Paul Airport (MSP) on Sept. 16 and quietly left, a criminal complaint filing at the Minnesota state court obtained by the American broadcasters, read.

The complaint further added that Biden’s official, known for they/them pronouns, was travelling from Washington, D.C., to MSP on that day when a surveillance video showed him picking up the luggage and leaving the airport. The filing also states that Brinton removed the ID tag identifying the owner from the baggage before leaving. He was also seen using the same Vera Bradley suitcase on at least two occasions during his trips from Washington, DC to Minneapolis St. Paul Airport (MSP) on Sept. 18 and Oct. 9, respectively. The bag was recovered in his possession after the owner, a woman, filed a complaint for her missing baggage with the police.

It’s official. As of June 19th, I now serve my nation as the Deputy Assistant Secretary for Spent Fuel and Waste Disposition in the Office of Nuclear Energy in the Department of Energy. pic.twitter.com/zLq3Bf97X2

Minneapolis-St Paul Airport Police Department, Brinton mentioned in the filing that Brinton, who serves as US DOE's deputy assistant secretary for spent fuel and waste disposition, arrived in Minnesota on an American Airlines flight from Washington DC and did not check the bag but removed the owner's tag suspiciously. He also initially denied stealing the suitcase to police officers, but later when the suitcase was found he claimed that he had taken it by mistake. He initially told the police officers that the bag was his. “If I had taken the wrong bag, I am happy to return it, but I don’t have any clothes for another individual. That was my clothes when I opened the bag," he stressed in the first statement. Two hours later, the official made another call to the officer, confessing that he wasn't “completely honest.” He continued that he may have picked up the wrong bag at the luggage carousel due to exhaustion and a long journey.

Brinton did open the bag at their hotel and at the time had realized the clothes inside wasn’t theirs, and that it wasn't his luggage, the court filing said.  He may have got nervous that someone would think they stole it, and so he "didn’t know what to do," ot further stated. The US federal official then decided to empty the luggage and dumped the owner's clothes and belongings inside the hotel's drawers. The police charged Brinton with felony theft of a moveable property without consent leading to five-year sentence and $10,000 fine, according to Minnesota outlet Alpha News.