Black Friday Marred With Gun Violence In US' North Carolina; 10-year-old Among Injured

Police in Durham, North Carolina, said three persons, including a 10-year-old, were shot at in a clash between two groups at a crowded retail mall on Friday. 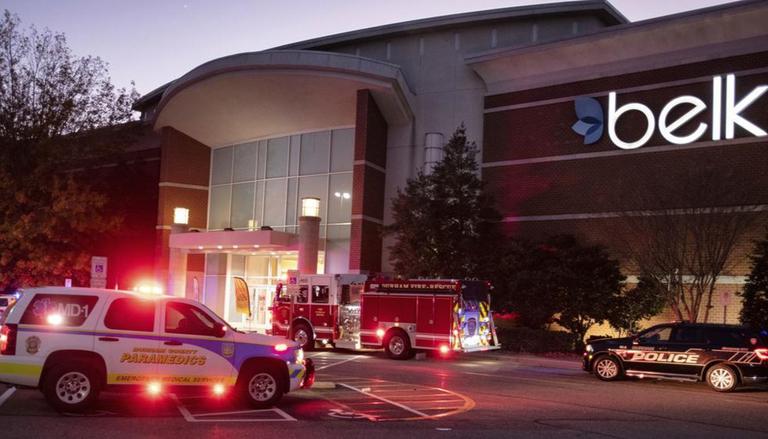 
Police in Durham, North Carolina, said three persons were shot at in a clash between two groups at a crowded retail mall on Friday. Additionally, three persons sustained injuries while trying to evacuate the mall.

Off-duty Durham police officers were working inside The Streets at Southpoint shopping mall on Friday afternoon when they heard shots fired from inside the mall and called for backup, according to Durham Police Chief Patrice Andrews, AP reported. Andrews informed that responding officers discovered three people had been shot in an encounter between two groups of people who knew each other.

One person arrested over mall shooting; Witnesses being questioned

According to the police official, three individuals were found hurt when the mall, which was packed with Black Friday shoppers, was evacuated following the incident. In a press release, police stated that their injuries were not life-threatening.

The mall reopened on Saturday, according to a tweet posted by Durham Police. There is no longer a threat at the mall, police declared. According to Andrews, among those who were shot at was a 10-year-old child. The child received injuries from a ricochet gunshot.

Andrews said that the child was hospitalised with non-life-threatening injuries. She added that the majority of people involved in the shooting left following the incident, but one person has been apprehended, one weapon found, and police are interrogating witnesses.

According to the Gun Violence Archive, an independent data collection and research organisation, Durham has experienced 154 incidents of gun violence this year as of Friday evening, with 39 people killed and 140 injured. In the 156 recorded instances last year, 36 individuals were killed and 152 were injured.