China Should Be Held Accountable For Wuhan Lab Leak Of COVID-19: Mike Pompeo

Former US Secretary of State Mike Pompeo referred to the first patients of COVID-19 at Wuhan lab as “doctors” and said China should be held accountable. 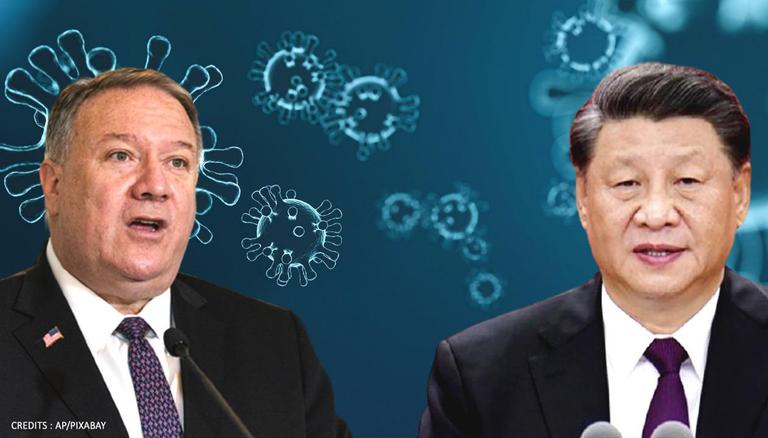 
Former US Secretary of State Mike Pompeo on June 29 not only referred to the first patients of COVID-19 at Wuhan Insitute of Virology as “doctors” but also said that the Chinese Communist Party should be held accountable for the coronavirus outbreak. In an exclusive interview with Sinclair’s television news program, The National Desk on Tuesday, Pompeo made the first public reference to the specific jobs of the ones who contracted COVID-19 in the early days when it began spreading in China before reaching the entire world.

He also claimed that coronavirus leaked from the Wuhan lab before it was covered up. Pompeo, who served as ex-US President Donald Trump’s first CIA director, suggested that China should be removed from the World Health Organization (WHO). The former US Secretary of State even said that the United States should not send athletes to Beijing’s 2022 Olympics, a call also seen recently by several Democrats. Further, Pompeo also called for possible government sanctions that may be necessary.

Pompeo, “Every stick of evidence that we've seen today suggests this is where it came from...There is genetic evidence that this was manipulated by gain-of-function research. There's evidence that doctors became sick in the late fall of 2019 with symptoms that look exactly like we now know as the Wuhan virus symptoms.”

The last foreign scientist to work at Wuhan Institute of Virology, which is also the centre of coronavirus lab leak theory, has spoken publicly for the first time regarding the conspiracy. In an interview with Bloomberg published on June 27, Australian virologist Danielle Anderson who is an expert in bat-borne viruses said that working at Wuhan lab was her lifelong goal and has supported the investigation into the origins of COVID-19 without ruling out the possibility of a coronavirus leaking from the lab.

READ | Another campaign? C-SPAN to air Iowa speech by Pompeo

Notably, Anderson did not completely rule out the possibility of a novel coronavirus being leaked from the Wuhan lab in 2019 that led to the pandemic. She still stated that she believes COVID-19 is likely to have been originated from nature but supported the investigations into the origin of the disease. She said, “I’m not naive enough to say I absolutely write this off.”

“The pandemic is something no one could have imagined on this scale,” she said. “The virus was in the right place at the right time and everything lined up to cause this disaster.”