Pentagon called China’s largest incursion on Taiwan “destabilizing” and flagged the “risk of miscalculation” with increase in Beijing’s activity near island. 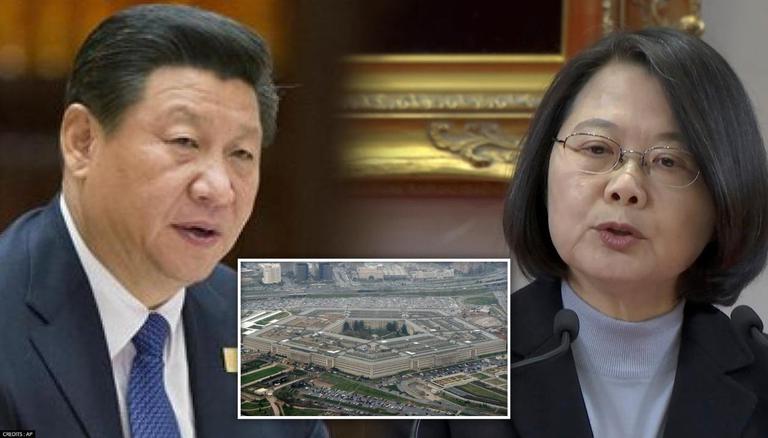 
Weighing in on the latest incursion by the Chinese military warplanes into Taiwan’s Air Defence Identification Zone (ADIZ), Pentagon not only said that it was “destabilizing” but flagged the “risk of miscalculation” with an increase in Beijing’s activity near the island. Taiwan which is claimed by Beijing, witnessed the largest daily incursion as more than two dozen Chinese military planes flew into the island’s air defence zone. In the wake of the latest move by China, a Pentagon spokesperson told the Japan Times that Beijing’s “increasing military activities conducted in the vicinity of Taiwan are destabilizing and increase the risk of miscalculation.”

At least 28 Chinese military planes had entered Taiwan’s ADIZ on June 15 which also marked Beijing’s largest incursion since the self-ruled democratic island began regularly reporting such actions in recent months. The warplanes sent by China included fighter jets, bombers, and anti-submarine along with an early warning aircraft. The Tuesday incursion surpassed the previous peak of at least 25 planes sent by China on April 12 this year.

Even though China has never ruled Taiwan, it has claimed the island as its own breakaway province while threatening to use force when necessary. Taiwan has repeatedly raised concerns over China’s incursions near the island. Taipei reported the invasion after the Group of Seven (G7) leaders issued a joint statement on June 13 calling out China for a range of issues including the human rights abuses in Xinjiang against Uyghurs.

READ | Pentagon: Pride flag not permitted to fly at bases

China responded to the joint statement issued by G7 leaders following June 11-13 summit in Cornwall. On Tuesday, a spokesperson for China’s Taiwan Affairs Office ma Xiaoguang said at a news conference following the G7 summit that the country will not tolerate ‘wanton intervention’ in issues related to the island. When asked if the recent military act near Taiwan was in any way related to G7 leaders' joint statement criticising Beijing, the Chinese official reportedly blamed the Taiwanese government for the tensions.

“We will never tolerate attempts to seek independence or wanton intervention in the Taiwan issue by foreign forces, so we need to make a strong response to these acts of collusion,” Ma said.