US Admiral John C. Aquilino emphasised that America is committed to creating a free and open Indo-Pacific territory during the meeting at the Halifax forum 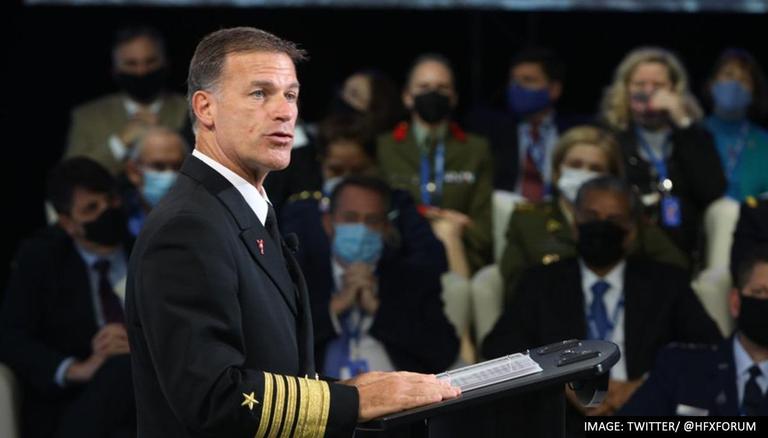 
Amid the mounting tension of China's increasingly assertive military moves, the chief of the United States Indo-Pacific Command warned on Saturday that the US and its partners must work together with a greater sense of urgency. During discussions with the allies of the US at the Halifax International Security Forum, Admiral John C. Aquilino emphasised that America is committed to creating a free and open Indo-Pacific territory. Aquilino went on to say that the US and its allies need to collaborate more regularly in international seas to improve interoperability and be able to respond together rapidly in the event of a crisis.

LIVE at #HFX2021: Admiral John Aquilino, Commander of the 🇺🇸 @INDOPACOM, argues that the globe's "military and economic centres of gravity have shifted to the Indo-Pacific." pic.twitter.com/CVTcn19Ox6

At a press conference, Aquilino remarked, “Look at what the Chinese have said. President Xi (Jinping) has tasked his forces to be at a level of military parity with the United States by 2027. Those are his words,” AP reported.

Further, the United States and its allies have been supporting the objective of a free and open Indo-Pacific to maintain peace, freedom of navigation, and international order with proper regulation in critical international sea routes. This effort has also been joined by Japan, Australia, and India in a framework known as the Quad. The strategic conversation is considered as a response to China's growing regional influence.

Tension, as well as fear, has risen as the Chinese military has dispatched a significant number of fighter planes near Taiwan, which Beijing regards as its territory. In addition to this   China has vowed that, if necessary, it would use force to unify with it. In the continuous igniting territorial conflicts in the crucial waterway, Chinese coast guard ships have also halted and sprayed water jets at two Philippine boats which were transporting supplies to a controversial South China Sea shoal this week. Justifying their actions, China has stated that its expanding maritime actions, claiming the right to protect its sovereignty, security, and economic interests.

In response to the Chinese remarks, US Admiral Aquilino said, “We are fighting for our values and our ability to be free. Those are the stakes. The difference between free and open or authoritarian and closed. Which Indo-Pacific would you like to be a part of? It’s clear for the like-minded nations,” as per AP. Furthermore, On Friday, Aquilino met with Canada's chief of defense as well as the minister of defense.

The Halifax International Security Forum, now in its 13th year, brings together defense and security experts from Western democratic country Each year, over 300 individuals congregate in an intimate environment at Halifax's Westin hotel.

WE RECOMMEND
Is Xi Jinping 'President For Life?' Why 2022 is Make-or-Break for China's leader
China threatens Lithuania over Taiwan office opening, says it will 'reap what it sows'
What drives high-profile disappearances in China?
China slams US for 'politicising Beijing Olympics'; says it could harm athletes' interests
US, Canada agree to launch 'strategic dialogue' to align approach on China & Indo-Pacific