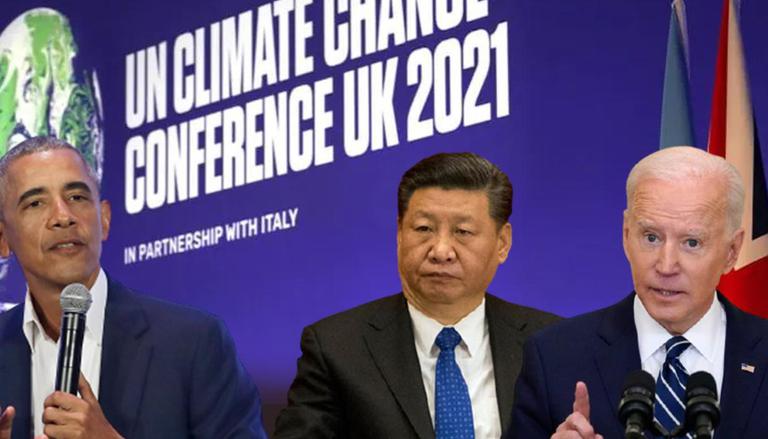 
While the rapport between the then American and Chinese negotiators paved the way to the 2015 Paris accord, former US President Barack Obama has now sternly criticized China's President Xi Jinping and Russia's President Vladimir Putin for not joining other leaders at the climate talks in Glasgow.

Xi Jinping skipped the 26th United Nations Climate Change Conference (the COP26) in the Scottish port city, sending in a written statement instead that was largely unremarkable and made no new pledges. The climate talks and the recent G-20 summit in Rome aren’t the only international meetings that China’s leader has not attended in person. Xi Jinping hasn’t left China in nearly 22 months, since January 2020 when the COVID-19 pandemic first exploded.

With China being the number one carbon polluter in the world, Xi’s absence drew criticism from U.S. President Joe Biden as well and raised questions about China’s commitment to reducing greenhouse gas emissions.

“I think it’s been a big mistake, quite frankly, for China, with respect to China not showing up,” Biden said Monday at the COP26 climate conference in Glasgow.

Biden added that China had made a “big mistake” in bypassing the events because “they’ve lost an ability to influence people around the world.”

Xi isn’t alone in skipping the meetings in Rome and Glasgow. Russian President Vladimir Putin, whose country has aligned with China in opposing U.S. influence in world affairs, also remained at home.

READ | Greta Thunberg slammed over her COP26 criticism, politicians affirm 'progress being made'

Barack Obama in his address called on all world leaders to “step up now” and criticised China and Russia for what he said was a “dangerous absence of urgency” on the climate crisis.

“Most nations have failed to be as ambitious as they need to be. The escalation, the ratcheting up of ambition that we anticipated in Paris six years ago has not been uniformly realized. I have to confess. It was particularly discouraging to see the leaders of two of the world’s largest emitters, China and Russia, declined to even attend the proceedings. And their national plans so far reflect what appears to be a dangerous lack of urgency, a willingness to maintain the status quo on the part of those governments. And that’s a shame. We need advanced economies like the US and Europe leading on this issue, but you know the facts, we also need China and India leading on this issue. We need Russia leading on this issue just as we need Indonesia, South Africa, and Brazil leading on this issue. We can’t afford anybody on the sidelines,” Obama said.

Obama’s appearance sought to remind governments of the elation that surrounded the Paris accord and urge them to announce more immediate, concrete steps to put the 2015 deal into action. He said, optimism and unity is required to save the planet.

“I understand that it’s harder to get international cooperation when there are more global tensions, but there is one thing that should transcend our day to day politics and normal geopolitics. And that is climate change,” the former US President added.

The U.N. climate conference in Glasgow, is the former American president’s first since he helped deliver the triumph of the 2015 Paris climate accord, when nations committed to cutting fossil fuel and agricultural emissions fast enough to keep the Earth’s warming below catastrophic levels of 1.5 degrees Celsius.

China, along with 77 other developing countries, has said that talks during the COP26 cannot be regarded as successful until the conference produces finances to help poor countries, which is, nonetheless, a point echoed by many, and made very strongly by India at COP26, with Prime Minister Modi seeking $1 trillion in financing, many times the $150 billion that was agreed to in Paris which also happened to be undelivered by the so-called 'Global North'.

China, for its part, still sees coal and oil as necessary to keep fueling an economy that is gunning to be the largest in the world. The country’s lead negotiator at the U.N. summit said China must first become wealthier before it can transition faster to renewable energy.

“So regarding the fact that China is the current largest emitter, it’s because China is at a special development stage,” said Xie Zhenhua. China, Xie added, can accelerate its emission cuts later.

Now, China has committed to having a carbon neutral economy by 2060, 10 years after the U.S. The question for America then might be, how much of a difference those 10 years could make for the world’s two leading powers, and what it would mean for the planet, that is warming, very quickly.

WE RECOMMEND
COP26: Despite climate summit, world is on track to overheat by 2.4C, says CAT analysis