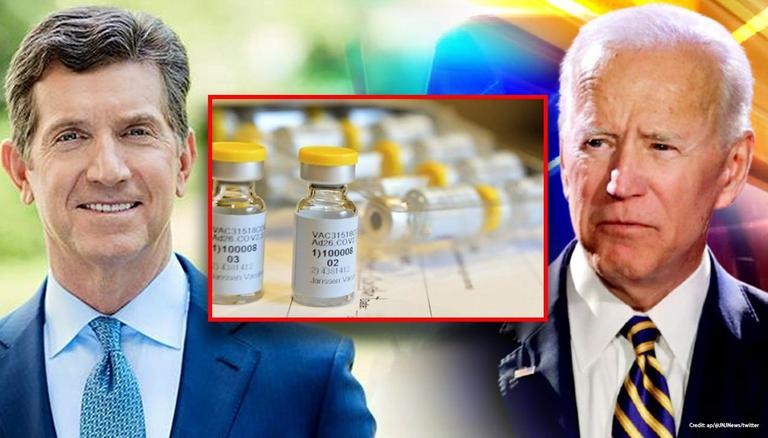 After the massive US production plant botch up that led to quality lapse and ruined nearly 15 million Janssen vaccine doses worth billions of dollars, the Joe Biden administration on Sunday gave Johnson & Johnson "full responsibility" for the Emergent Bayview Facility. This implies that the British-Swedish pharmaceutical firm AstraZeneca PLC vaccine’s production at the Emergent BioSolutions Inc. plant in Baltimore will have to move elsewhere, and J&J will take over the entire production unit, a senior federal health official familiar with the development told The New York Times newspaper that first reported about the takeover.

The Emergent Biosolutions plant, initially manufacturing both AstraZeneca’s AZD1222 and Johnson & Johnson’s Janssen COVID-19 vaccine is yet to clear regulatory formalities for J&J’s takeover. The US Department of Health and Human Services took the drastic step after earlier last week, millions of J&J vaccine doses were contaminated by the manufacturing contractor who “conflated” ingredients of the AstraZeneca and Janssen doses, attributing the disastrous mix-up to ‘human error’.

'Could have inoculated' 7 percent population

The ruined doses, that could have inoculated at least 7 percent of the US population, had to be thrown away, an incident leading the US daily called "a major embarrassment". This also raised questions on the lackadaisical approach by the contractor Emergent BioSolutions in the vaccine manufacturing process at the production unit that otherwise must adhere to the strict quality control measures. The mix-up was caught by the Johnson & Johnson quality control and check specialists at the facility. Johnson & Johnson said the issue "was identified and addressed with Emergent," adding that it also informed the US Food and Drug Administration.

"Johnson & Johnson is providing additional experts in manufacturing, technical operations, and quality to be on-site at Emergent to supervise, direct and support all manufacturing of the Johnson & Johnson COVID-19 vaccine," the pharmaceutical firm said in a news release. It added that the company is aiming to safely deliver an additional 24 million single-shot vaccine doses through April to the United States. The US FDA had previously flagged quality control concerns at Emergent’s Baltimore plant related to its testing of a potential treatment for anthrax, according to The Associated Press.

READ | Many still hesitate to get vaccine, but reluctance is easing