US chief medical advisor Dr Anthony Fauci, on Sunday, said that Christmas travel will increase the spread of the Omicron variant of COVID. 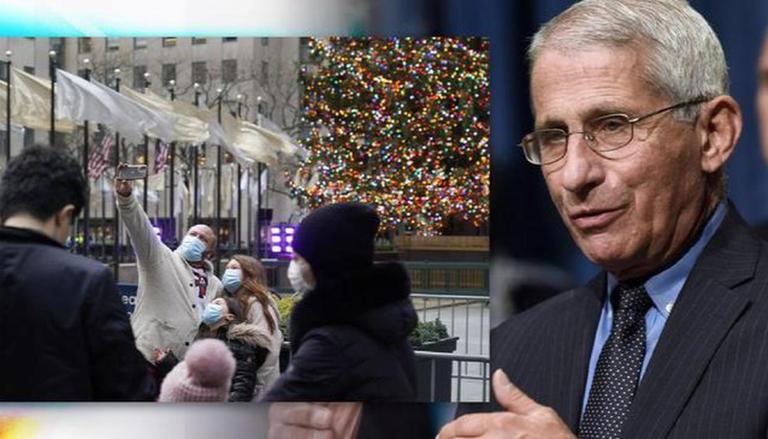 
US Chief Medical Advisor Dr Anthony Fauci, on Sunday, said that Christmas travel will increase the spread of the Omicron variant, even among the fully vaccinated. Fauci’s pre-holiday warning came while speaking at NBC’s Meet the Press programme where he also highlighted that the new COVD strain was now “raging through the world.” It is worth mentioning that the White House expert had earlier this week said that US scientists had seen the new variant coming.

"There's no doubt about this, [Omicron] has an extraordinary capability of spreading," Dr Fauci said.

As of now, the highly transmissible B.1.1.529  strain has been reported in 38 out of America’s 50 states. On Sunday, the physician-scientist said that the rapid transmission of the B.1.1.529 strain could heavily impact the country’s healthcare system. "Our hospitals, if things look like they're looking now, are going to be very stressed," he warned.

Notably, in some states including highly populated New York, Omicron has a high presence making up to 13% of total COVID-19 cases. Meanwhile, the latest tally records the US caseload as 52,059,667 with more than 828,836 related fatalities. CDC said that more than 77%of the country’s population over the age of five years had received at least one dose of vaccine against COVID.

Earlier this week, Dr Fauci revealed that health officials in the US had expected new COVID variants to arise, but did not specifically foresee such numbers of mutations in a single strain like Omicron. Notably, Fauci had been an adamant supporter of face masks and has even attracted former President Trump’s ire after he questioned his complacency.

"We definitely saw variants coming. What was not anticipated was the extent of the mutations in the amino acid substitutions in Omicron, which was unprecedented,” Fauci was quoted as saying by Fox News.