Donald Trump held off from overly bashing Biden on the 2020 campaign trail due to a fear that the then-nominee would be replaced by Michelle or Clinton. 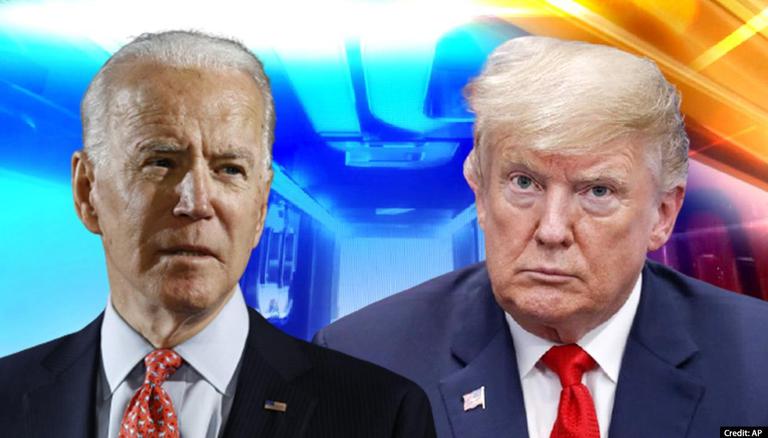 
Former US President Donald Trump held off from overly bashing President Joe Biden on the 2020 campaign trail due to a fear that the then-nominee of the Democratic Party would be replaced by former first lady Michelle Obama or Hillary Clinton, a new book claims. According to The Guardian, excerpts of ‘Frankly, We Did Win This Election: The Inside Story of How Trump Lost’ revealed that Trump feared that Biden, whom he called a “mental retard”, could be swapped out at the last moment for Michelle or Clinton, the party’s 2016 nominee. Biden went on to beat Trump by more than 7 million in the popular vote and by 306-232 in the electoral college.

The book was authored by Michael Bender, a reporter for The Wall Street Journal and it is due out in August. Trump was among the interviewees for the book. Vanity Fair published an excerpt on Monday which revealed that much of Trump’s view of Biden’s presumed weakness was the result of advice from Dick Morris, a former adviser to the Clinton administration who privately guided the former president during his reelection bid.

One of the excerpts read that Trump had often complained that his early attack on Elizabeth Warren had damaged her presidential bid, which he regretted because he viewed her as an easier opponent than Biden. The former President also worried that a heavy blitz of attack ads would hasten the “secret plot being hatched by Democrats, and his mind raced with who they might select in Biden’s place”. Bender wrote that Trump fretted to aides that Democrats would realise Biden is old and they’ll give it to Clinton or Michelle.

‘How am I losing in the polls to a mental retard?’

According to widespread reporting, Trump’s fears about Clinton were not entirely without justification. Clinton reportedly did consider jumping into a race in which Biden struggled before surging to victory. The book further also revealed that at one point during the heated campaign season, Trump’s fury over losing to Biden was evident, resulting in an unrelated Oval Office meeting and allegedly remarking, “How am I losing in the polls to a mental retard?”

Meanwhile, conservatives frequently argued throughout the 2020 election that Biden was too old to serve as president, with some including Trump claiming that Biden’s mental faculties were diminished. It is worth mentioning that Trump dubbed his opponent “Sleepy” Joe Biden in an attempt to spread the idea of Biden lacked energy.

READ | US identifies 3,900 children separated at border under Trump