As calls for probe into the origins of COVID-19 virus grow stronger, former US President Donald Trump on Friday, gloated that he was right about Wuhan Lab leak 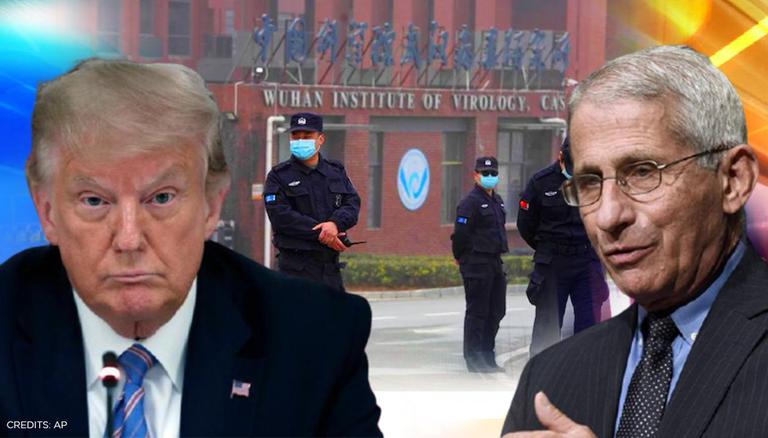 
As calls for probe into the origins of COVID-19 virus grow stronger, former US President Donald Trump on Friday, gloated that 'he was right about the China Virus coming from the Wuhan Lab'. Stating that even 'the so-called enemy' (presumably referring to US media) was proving him right, he said that Dr. Fauci's correspondence with China was too big to ignore. Moreover, Trump who has been banned from major social media platforms, demanded that China pay $ 10 trillion to America and the world for the death it has caused. 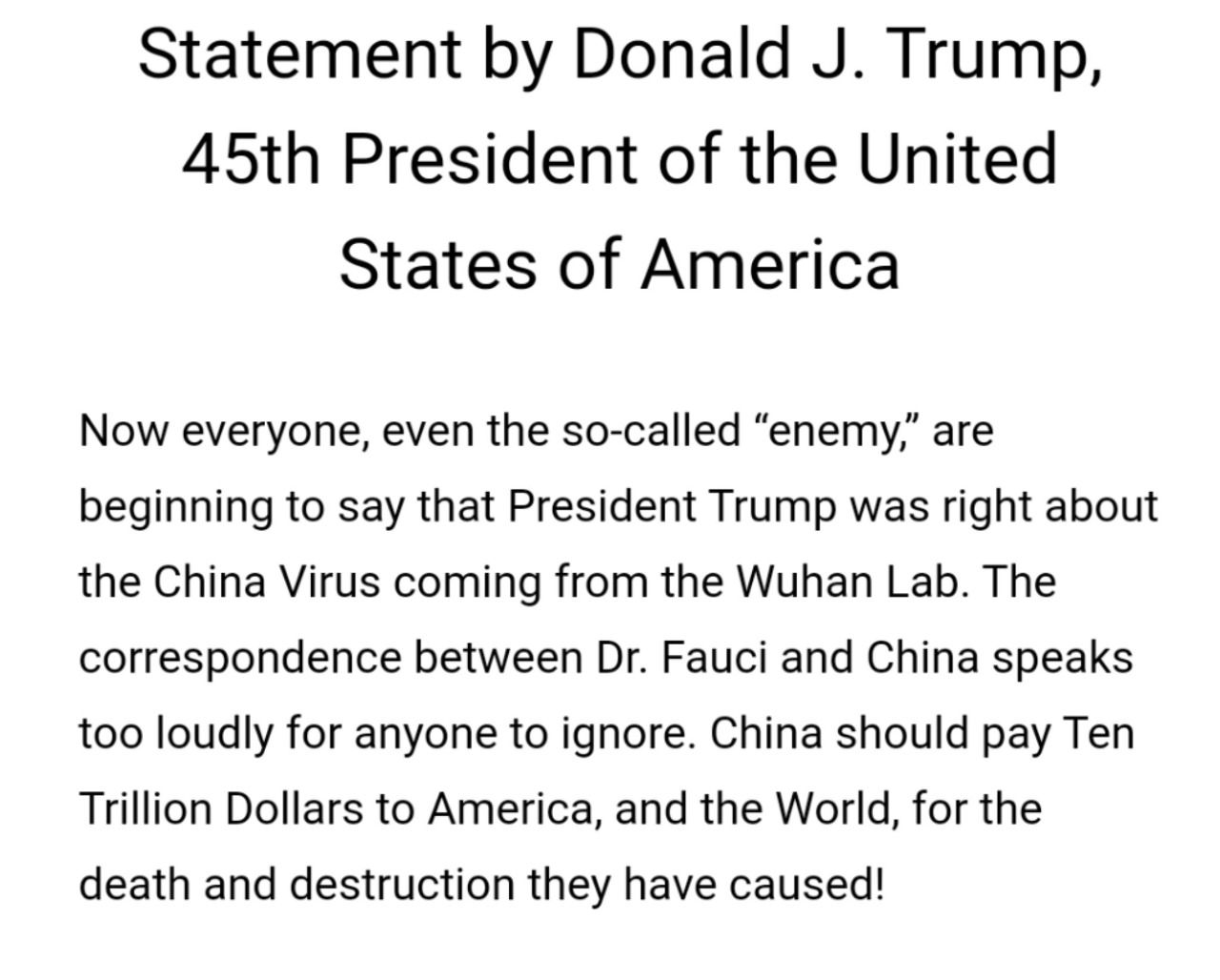 Trump's statement comes amid Dr. Fauci's shift in his stance on the Wuhan lab leak theory. Amid the leak of 10,000 emails of the Director of the National Institute of Allergy and Infectious Diseases from 2020, Fauci has faced flake when an executive at EcoHealth which funded research at China's Wuhan Institute of Virology into the COVID-19 origin thanked Dr. Fauci for publicly stating that scientific evidence supports a 'natural origin for the Coronavirus and not a lab leak'. Dr. Fauci has now sought the help of Indian scientists for probing into COVID-19 origins at Wuhan.

Denying any connections, Dr. Fauci while speaking to CNN said, "That's nonsense. I don't even see how they get that from that email. I have always said, and will say today, that I still believe the most likely origin is from an animal species to a human, but I keep an absolutely open mind that if there may be other origins of that, there may be another reason, it could have been a lab leak from China." He has urged China & WHO for a transparent process stating that there was a need to 'get to bottom' of the origins of the pandemic.

A report by the Republicans' House Permanent Select Committee on Intelligence suggested that the SARS-CoV-2 virus, which causes the COVID-19 infection, was manufactured in a lab in China, against the claimed thesis of natural occurrence. The 21-page unclassified report accessed by Republic Media Network speaks in detail of alleged experiments being conducted at the Wuhan Institute of Virology (WIV) since 2016, warnings of which had been relayed by the US envoys in China. The report also questions the role of an American institute (NIAID) headed by top medical expert Dr. Anthony Fauci which allegedly funded labs in Wuhan to carry out research on Coronaviruses.

The committee, which has been examining the growing threat to America posed by the CCP and the Chinese PLA, accuses the Chinese authorities of undermining the investigation into the origins of the COVID-19. Giving a brief timeline of the events, the Republican report has claimed that Wuhan Institute of Virology researchers had been conducting experiments since 2016 which involved RaTG13, the bat coronavirus identified by the WIV in January 2020 as the closest sample to the SARS-CoV-2 virus. Recently, Dr. Anthony Fauci is facing calls of resignation from Republican lawmakers over his 'shifting stance' on the Wuhan Lab leak theory.