Donald Trump Hails MAGA Movement During His 2024 Announcement, Know What It Is All About

The Make America Great Movement popularly known as the MAGA movement was at its pinnacle in 2016 when Trump ran for and won the US presidential election. 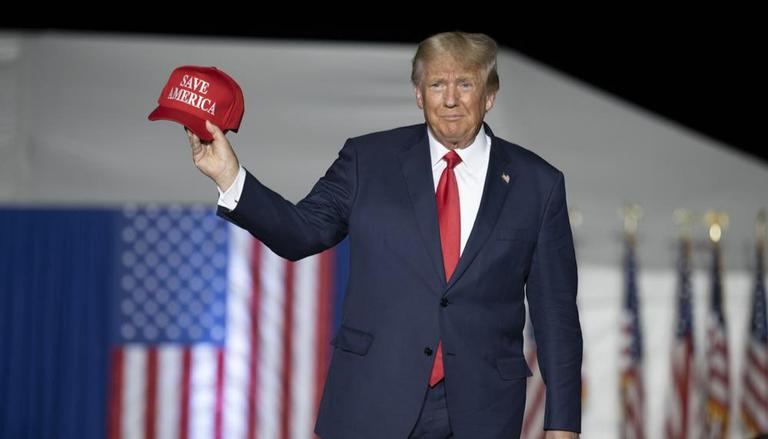 
On Tuesday, the world paid close attention to what went down at Mar-a-Lago Palm Beach, Florida when the twice impeached former President of the United States of America, Donald Trump announced that he will be running for the 2024 US Presidential elections. During his speech, Trump lashed out at the Biden administration and listed many proclaimed accomplishments, some of which were not factually correct.

But what grabbed people's attention was when he went on to praise the MAGA movement. The Make America Great Movement popularly known as the MAGA movement was at its pinnacle in 2016 when Trump ran for the US presidential election and came out as a winner. People used to wear red caps to symbolise their solidarity towards the movement. On Tuesday, praising the MAGA movement, Trump said, “What we have built together over the past 6 years is the greatest movement in history because it is not about politics it's about our love for this great country America and we are not going to let it fail,” adding that the US is “ready for its golden age”.

What is the MAGA movement?

Make America Great Again a phrase and a movement which has its roots in history is a social movement most commonly attributed to Donald Trump ever since he used it during his presidential campaign in 2016. According to the University of California, Berkeley, the term was first used by former President Ronald Regan during his 1980 presidential campaign when he said that “Let’s Make America Great Again.” However, the phrase turned into a movement when Trump used it in 2016.

After Trump's use of the slogan, MAGA became a pop culture phenomenon with widespread use in the entertainment world and politics. When it comes to the MAGA movement, people have mixed opinions on it. While some called it “a symbol of patriotism and nationalism,” there have been instances when multiple journalists and intellectuals called the slogan “racist”. The movement became the centre of attention during the January 2019 Lincoln Memorial confrontation where many people wearing MAGA apparel initiated a confrontation near the Lincoln Memorial in Washington D.C.

As the Democrats won the majority in the US Senate with a narrow margin. The Senate majority leader Chuck Schumer had few words for the Republicans. On Saturday, The Washington Street Journal reported that in a televised remark Chuck Schumer said, “Soundly rejected the antidemocratic, authoritarian, nasty and divisive direction the MAGA Republicans wanted to take our country." He then went on to urge the Republicans to work together with Democrats to bring good results.

As Trump announced his participation in the 2024 US election race saying, “to make America great and glorious again, I am tonight announcing my candidacy for president of the United States,” it will be interesting to see what the new face of the MAGA movement will look like.