Hours after launching a social media platform, former US President Donald Trump’s ‘TRUTH Social’ was accessed by hackers from the group Anonymous. 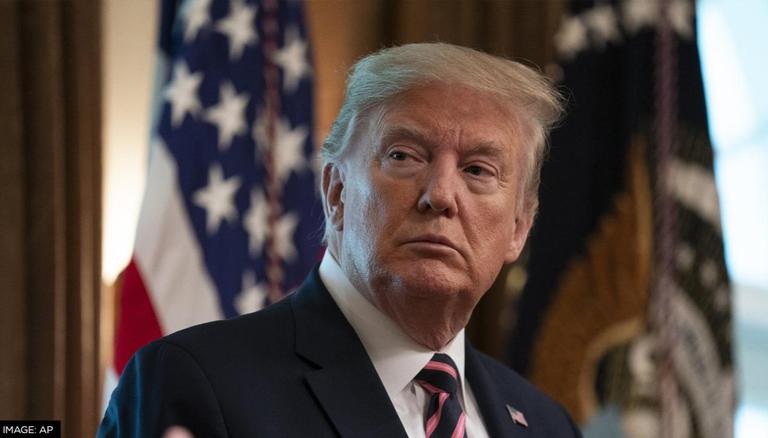 
Hours after launching a social media platform, former US President Donald Trump’s ‘TRUTH Social’ was accessed by hackers from the group Anonymous. According to Fox5, Trump’s social media app was accessed by hackers even before officially opening up for new users to sign up. It is to mention that ‘TRUTH Social’ isn’t formally scheduled to launch until the first quarter of 2022, however, the hackers from Anonymous said that they found a back way into a beta version of TRUTH Social and began creating accounts.

The accounts were reportedly created under the usernames ‘donaldjtrump’ and ‘mikepence’ and the handle ‘donaldjtrump’ appeared to have been hacked or nabbed by someone out to mock the former president. The pinned post for the user ‘donaldjtrump’ was an image of a defecating pig.

Speaking to the media outlet, Aubrey Cottle, the founding member of Anonymous, said that he got into Trump’s social media app after finding a listing on Apple’s app store for the mobile version. Cottle said that it contained a few clues that allowed him to track down the BETA version, which was live, active. He added that he also shared a sing-up link on his Twitter page, which then led to an influx of people.

Cottle revealed that members created parody accounts for figures like Twitter CEO Jack Dorsey, Steve Bannon and Trump himself. He went on to say that the platform’s security wasn’t much of a challenge as “vulnerabilities” could be found by simply looking up the source code. He added that it took two hours for Trump’s team to realise something was going on, after which they banned all of the parody accounts that were being created. Trump’s team later also appeared to have taken the beta testing site offline.

On Wednesday, Trump had announced that he is launching his own social media app called ‘TRUTH Social’. Months after being expelled from social media for his role in inciting January 6 Capitol riots, Trump launched his new media company which falls under the umbrella of the former US President’s new firm, Trump Media & Technology Group. In a statement, Trump had said that the group will form “a rival to the liberal media consortium” with the first step being the platform called TRUTH Social. Notably, the beat version of Trump’s social media app will be available to the invited guests by as early as November.

“We live in a world where the Taliban has a huge presence on Twitter, yet your favourite American President has been silenced,” Trump said in a statement. “This is unacceptable.”