If authorised by the US FDA, the drug Molnupiravir would be the world’s first-ever oral antiviral medicine for the treatment of the novel coronavirus 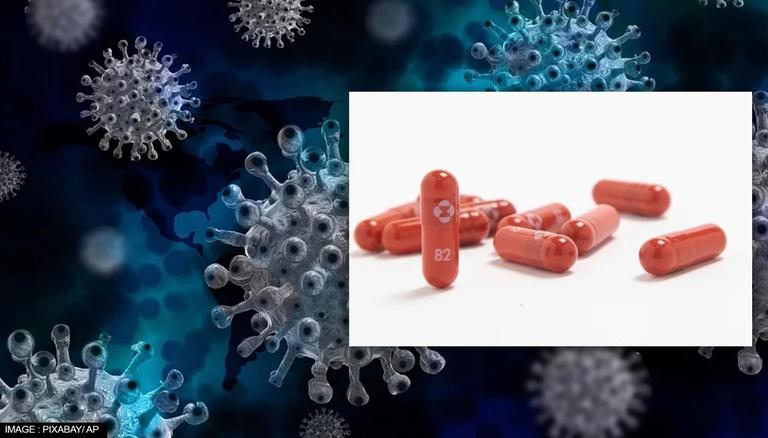 
US drugmaker Merck on October 10 requested regulators to authorise the COVID-19 pill ‘Molnupiravir’ for the treatment of the respiratory ailment that has claimed nearly 4,870,129 lives worldwide and has infected 238,829,045 of the world’s total population.

Taking to its official Twitter account, the drug manufacturer wrote: “Today we took the next step in helping in the fight against COVID-19 by applying for Emergency Use Authorization in the US for our investigational antiviral treatment. We look forward to working with the FDA on its review of our application.” The investigational oral antiviral medicine was formulated to treat mild-to-moderate COVID-19 that progresses into severe COVID-19 resulting in hospitalisation among the adults at highest risk.

Today, we submitted an Emergency Use Authorization application to the U.S. FDA for our investigational #COVID19 #antiviral treatment. Read about today’s milestone: https://t.co/BHPzfkSw4K $MRK pic.twitter.com/y5WdTQnyHL

If authorised, Molnupiravir would be the world’s first-ever oral antiviral medicine for the treatment of COVID-19. Ridgeback Biotherapeutics, the manufacturer of the pill, announced in an official release on Sunday that Merck submitted an Emergency Use Authorization (EUA) application to the US Food and Drug Administration (FDA), and that in the months ahead, several companies worldwide will collaborate with regulatory agencies to submit applications for emergency use or marketing authorisation in different parts of the world.

Today we took the next step in helping in the fight against #COVID19 by applying for Emergency Use Authorization in the U.S. for our investigational antiviral treatment. We look forward to working with the FDA on its review of our application. pic.twitter.com/qBF8vqW4Vi

"The submission is based on positive results from a planned interim analysis from the Phase 3 MOVe-OUT clinical trial, which also evaluated molnupiravir in non-hospitalised adult patients with mild-to-moderate COVID-19. The patients were at risk for progressing to severe COVID-19 and/or hospitalisation, pharmaceutical firm Merck stated in the release on October 10. It added, that molnupiravir reduced the risk of hospitalisation or death by approximately 50%, and that just 7.3% of patients with COVID-19  who received molnupiravir were either hospitalised or died through Day 29. This figure was 14.1% in the case of placebo-treated patients," Merck informed through a press release.

“The extraordinary impact of this pandemic demands that we move with unprecedented urgency, and that is what our teams have done by submitting this application for molnupiravir to the FDA within 10 days of receiving the data,” said Robert M. Davis, chief executive officer and president, Merck.

Merck’s CEO hailed the drug, stating that the firm was grateful to the patients and investigators in the trials and the study, and the colleagues “who exemplified Merck’s high standards of scientific excellence and our unwavering commitment to patients.” Calling the pill an “important milestone,” Wendy Holman, chief executive officer of Ridgeback Biotherapeutics said that submission to the FDA is a critical step towards “making molnupiravir available to people who may benefit from an oral antiviral medicine that can be taken at home shortly after diagnosis with COVID-19.” The FDA’s decision could be made within a few weeks and the antiviral pill could be purchased by the patients of COVID-19 to treat the symptoms at home, which could, in turn, minimise the hospital burden.