The "misguided trade war" with the unhindered imposition of tariffs will only hurt United States' business organisations, Jonathan Gold explained. 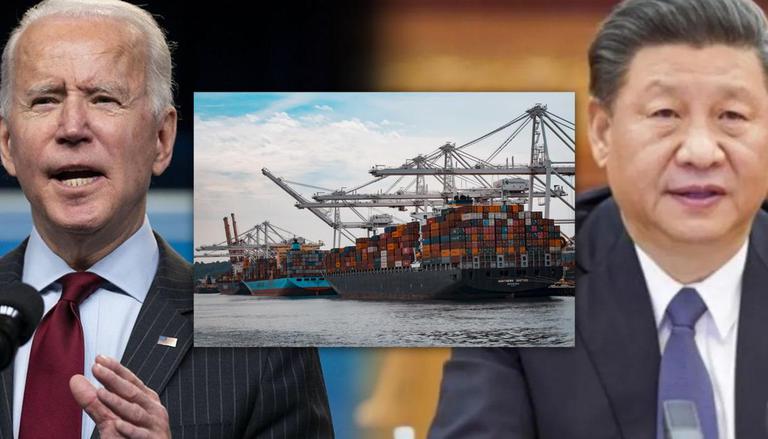 
Following the United States decision to investigate Article 301 and impose additional tariffs on Chinese imports, the Americans for Free Trade have urged President Joe Biden to eliminate 'misguided trade war.' The spokesperson of the coalition of 150 business organisations, Jonathan Gold, said in a statement that American businesses are already struggling to bear the costs of tariffs on more than $350 billion in goods imposed by the previous administration. Referring to the free trade disruptions, Gold said it appealed to the Biden government to scrap the Donald Trump-initiated policy.

Explaining the negative impact of the current imposition of tariffs on Chinese goods, Gold noted in his statement that American businesses are suffering from the previous 25% tariffs levied on $50 billion of Chinese exports. In retaliation, China also imposed 25% tariffs on the import of American goods worth $60 billion. "Those tariffs failed to fulfil their stated goal of creating leverage in dealing with China," Gold remarked.

"New tariffs will not change that. Tariffs hurt businesses throughout the country and it’s time for a new approach to working with our trading partners that relieves the weight of the current tariffs and finally brings an end to this misguided trade war.”

New Tariffs to hurt businesses throughout the country

The "misguided trade war" with the unhindered imposition of tariffs will only hurt United States' business organisations, Gold explained further. The statement from the Americans for Free Trade came after the Biden administration considered launching an investigation into Section 301 under the Trade Act of 1974. An earlier similar investigation was launched in June 2018 by former US President Donald Trump, to determine whether China’s acts, policies, and practices related to technology transfer, intellectual property, and innovation are unreasonable or discriminatory, and burden or restrict U.S. commerce, United States Trade Representative (USTR) said in a press release.

Following the probe, the USTR reported the discovery of evidence that ascertain several acts and policies practised by the Government of China were "unnecessary" or "discriminatory" and restricted U.S. commerce. This prompted the Trump government to impose hefty import and export taxes on Chinese goods.

READ | Al-Qaeda could rebuild in Afghanistan in one or two years, warns US Intelligence

U.S. Trade groups call on the government to revoke "costly and burdensome" tariffs

It's time to eliminate #tariffs, not add more. Read our statement on reports that the #Biden administration is considering a new Section 301 investigation: https://t.co/g3ddU824MR

Shortly after the announcement of a reinvestigation into Article 301, over 30 U.S. Trade groups urged the Biden administration to revoke "burdensome" trade tariffs. They explained that the "costly" percentages heavily impacted the industries and the economy in general, Xinhua News Agency reported. Chinese Ambassador to United States Qin Gang also appealed to Washington to "make earnest efforts" to improve bilateral ties with China in order to ensure economic and trade cooperation.