Explained: Why Is US Reluctant To Accept Russia’s NATO-related Security Proposals?

Here are three reasons explained by American and Austrian scholars behind US’ reluctance to accept Russia’s NATO non-expansion proposals: 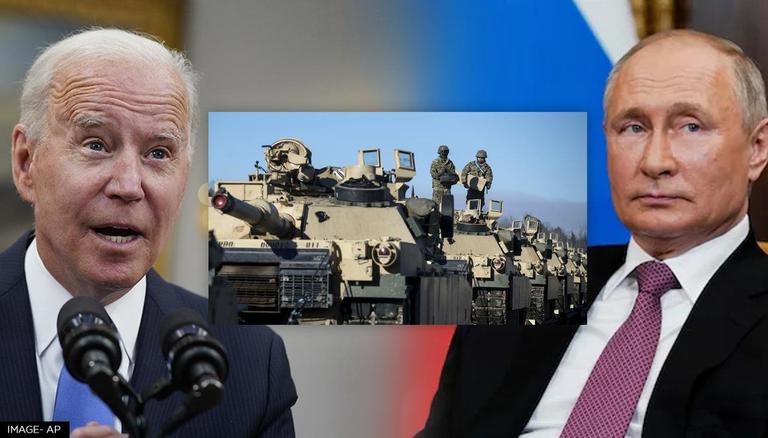 
The first round of talks between the US and Russia have not brought any breakthroughs with regard to security guarantees on NATO’s non-expansion. On January 10, the two nations held talks over two draft security agreements submitted to Washington by Moscow in mid-December last year. Following the meeting, while Russia’s Deputy Foreign Minister Sergei Ryabkov stated that “no progress” had been made, his American counterpart Wendy Sherman asserted that the US will not allow anyone to close NATO’s open-door policy, and further threatened Russia with consequences if Moscow opts to invade Ukraine.

It is to mention that Russia has repeatedly denied any intentions of invading Ukraine, however, its deployment of over 100,000 troops at the Ukrainian border has become a major flashpoint in soaring relations between Moscow and the West. The US has made clear that Washington will not bend on what it sees as a key principle that countries like Ukraine can make their own decisions about joining an alliance.

Now, here are three reasons explained by American and Austrian scholars behind US’ reluctance to accept Russia’s NATO proposals:

According to Sputnik, ​​Austrian academic Gerhard Mangott and American scholar Daniel Lazare have discussed the initial outcome of the Russo-American security dialogue. Mangott, who is an expert on Russian foreign policy and arms control at the University of Innsbruck and a lecturer at the Diplomatic Academy in Vienna, has said that there are several reasons for the US’ unwillingness to provide Russia with the security guarantees it has been demanding.

Mangott explained that by giving Russians what they want, namely, not expanding NATO anymore, not only the East but in general, withdrawing soldiers and military infrastructure from the European NATO countries and an end to the membership promised to Georgia and Ukraine, the West would actually lose credibility. She also said that if the US and its NATO allies meet Moscow’s demands, they would also lose all the power and influence that it has gained over the past 30 years. Further, the Austrian scholar also suggested that the main reason behind US President Joe Biden not accepting Russia’s demands is the “geopolitical interests of the United States, the collective West and NATO”.

Anti-Russia sanctions will hurt EU more than US

As the Biden administration has threatened Russia with new sweeping sanctions over Moscow’s alleged plans to invade the former Soviet nation, the experts have suggested that the implementation of the restrictions would harm European Union more than the US. Mangott explained that depending on what sanctions ultimately will be implemented, the Europeans are more likely to suffer under the new sanctions than the US.

The Austrian academic said that this is because the EU and the European member states of NATO have a much larger trade volume with Russian than the US. It is to mention that according to New York Times, the new batch of sanctions discussed by the US with its allies could include expelling Russia out of the SWIFT banking communication system and imposing an embargo on US-made or US-designed technologies for defence-related and consumer industries.

US risks driving itself into a corner

Lastly, American scholar Daniel Lazare explained why US President Joe Biden is placing all his bets on sanctions against Russia. Lazare said that Biden is “hoping against hope that if he huffs and puffs enough, then maybe his Russian counterpart Vladimir Putin will back down”. According to the American scholar, Biden is “desperate” to avoid any military conflict during his presidential term because “he knows that the US is ill-prepared and that the American people would not stand for it after two decades of ‘forever wars’”.

Lazare went on to say that US experts are also warning the President against escalating tensions with Russia, as the Pentagon has shifted its focus to the Indo-Pacific in a bid to contain the rise of China. The academia stated that thus the US has “miscalculated badly”. He added that Washington has painted itself into a corner just as it did in Afghanistan, Iraq and other Middle Eastern nations, and now has no idea what to do.

“All those geniuses in the Washington foreign-policy establishment are supposed to think ahead, yet America has once again stumbled into a trap of its own making. It's a blunder, and it will be very interesting to see how it plays itself out,” Lazare said, as per Sputnik.

WE RECOMMEND
Russia notes no progress on talks with US over Ukraine, NATO
US: Trump’s lawyers claim his speech on Jan 6 was ‘protected & adhered official duties’
US airlines say China is forcing them to cancel some flights
US envoy John Kerry likely to visit India soon to take climate dialogue forward
US announces new agreement to allow US pork & products into India for first time