Florida: 2 Dead And At Least 20 Injured In Mass Shooting Outside Concert In Miami

Two people were killed and at least 20 injured on May 30 after a gang shot indiscriminately into a crowd outside a concert in Miami, Florida. 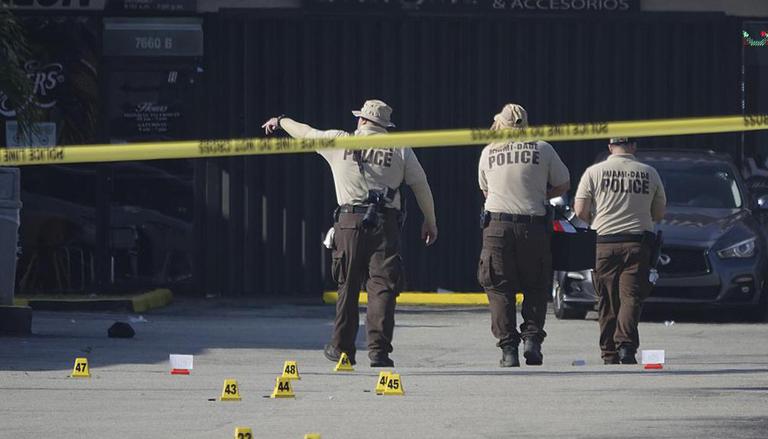 
Two people were killed and at least 20 injured on May 30 after a gang shot indiscriminately into a crowd outside a concert in Miami, Florida. The Miami police department informed that the mass shooting happened during the early hours at a billiards hall on a commercial estate near Miami Gardens, to the northwest of the coastal city's downtown. The venue was “hosting a scheduled event” and several patrons were standing outside when a Nissan Pathfinder SUV approached the scene and three people exited the vehicle and began shooting into the crow.

Police Department's director, Alfredo "Freddy" Ramirez III, condemned the “cowardly act” and informed that two people have been killed and at least 30 injured ended up in hospital. One victim is also in critical condition.

I am at the scene of another targeted and cowardly act of gun violence, where over 20 victims were shot and 2 have sadly died. These are cold blooded murderers that shot indiscriminately into a crowd and we will seek justice. My deepest condolences to the family of the victims.

The gunfire erupted at the El Mula Banquet Hall in northwest Miami-Dade County, near Hialeah. According to Associated Press, following the shooting, as many as 25 people went to various hospitals for treatment. No arrests were immediately announced.

While speaking to Miami Herald, Ramirez said, “This is a despicable act of gun violence, a cowardly act. This type of gun violence has to stop. Every weekend it’s the same thing”.