On Sunday morning, A heavily drugged and former sniper in the US military killed four people, including a mother and the 3-month-old baby she was cradling. 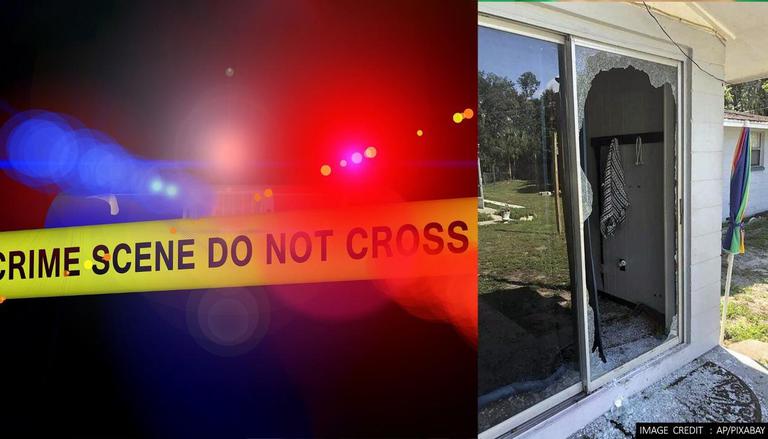 
On Sunday morning, A heavily drugged and former sniper in the US military killed four people, including a mother and the 3-month-old baby she was cradling, a Florida sheriff said. According to the reports, 33-year-old Bryan Riley, the shooter, was wearing full body armour when he entered the ill-fated house and shot four family members before surrendering to the police. Luckily, an 11-year-old girl who was shot seven times survived. While briefing the media personnel, Polk County Sheriff Grady Judd said Riley had associated the US military as a sharpshooter in Iraq and Afghanistan. When asked about the relation between the shooter and the victims, Judd said Riley had randomly targeted four members, including the mother, her 3-year-old baby, a 40-year-old man and the infant's 62-year-old grandmother.

The officer confirmed that the shooter has had a mental disease and had consumed methamphetamine, a powerful, highly addictive recreational drug ere killing the four. Further, the officer informed that the sharpshooter was arrested and was undergoing treatment at a private hospital where he tried to hurt a police officer on duty. The Polk County Sheriff officials said Riley’s girlfriend told authorities Riley had been slowly unravelling for weeks and repeatedly told her that he could communicate directly with God. “They begged for their lives and I killed them anyway,” Judd said Riley told them during an interrogation.

Gunman had illogical conversation before shooting

According to the preliminary reports, the 40-year-old man was identified as Justice Gleason, mowing his lawn on Saturday night when Riley drove by his home in Lakeland. He said to Justice that God told him to visit his house because her daughter would commit suicide. A second, unidentified person also confronted Riley, telling him that story wasn’t true and warned they’d call the police if he didn’t leave, Judd said. He referred to the person as a victim but declined to clarify which one. Subsequently, he left the victim's house after an illogical conversation. However, he returned to the same house at 4.30 am and shot four of the family members.

Mass shootings increased tremendously across US

Randomly, a lieutenant far in the distance heard popping noises and immediately put the agency on active-shooter mode, bringing all state and local law enforcement in the area to the scene. Subsequently, deputies sent robots into the home to check for explosives and other traps. Authorities released only Gleason’s name and did not say if or how he was related to the other victims. Meanwhile, the officer said that further investigations are underway. “The big question that all of us has is, ‘Why?’” State Attorney Brian Haas said. “We will not know today or maybe ever.” It is worth noting that mass shooting has been tremendously increased for the last year, with President Joe Biden terming it an “epidemic.”

READ | Family of Jaswinder Singh, who killed in US mass shooting, calls for thorough probe