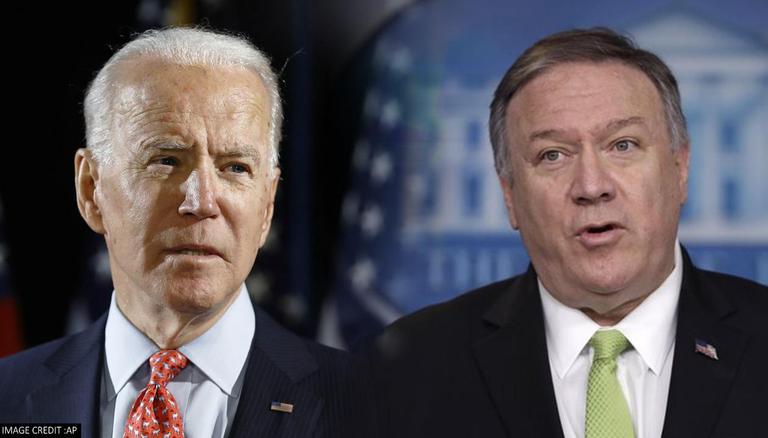 
Criticizing the US Government for its handling of the Afghanistan situation, former US Secretary of State Mike Pompeo called the present state of affairs "a debacle of significant proportion." Pompeo also hit out at US President Joe Biden for his administration's handling of the evacuation process.

News agency ANI, quoted Pompeo, a close aide to former US President Donald Trump, as saying, "Today, what President Biden said frankly made it worse. I didn't hear a single thing from him today that would have given comfort to those families. There's still no plan to get these Americans back. I didn't hear a single thing that would give comfort to the very allies you spoke about."

Pompeo was referring to President Biden's Friday address at the White House. The former US Secretary of State said that the overall thing was "a debacle of significant proportion". America had the tools followed by an efficient military force, however, President Biden is refusing to use this for the entire time, Pompeo added.

Earlier this week, Pompeo criticised President Joe Biden for leading the overall situation with weakness. Highlighting the aim of former President Donald Trump of bringing back all Americans from Afghanistan, Pompeo said that the Biden administration should have made things very clear to the Taliban and shown their strength against the group.

Earlier on Friday, US President Joe Biden in his address at the White House spoke about the overall evacuation process taking place at Kabul' Hamid Karzai International Airport. As the American administration tries to bring back US citizens snd others from Afghanistan, Biden termed the process as the "most difficult and largest airlift ever in history." He also reasserted that it is the right time to end the Afghan mission and remove all Americans from Afghanistan.

READ | AIMIM's Owaisi attacks PM Modi, asks him to 'focus on Kanpur' and not Afghanistan's Kabul

The US President blamed Afghanistan's leaders for the country's security crisis. He said, "We were clear-eyed about the risk. The truth is this did unfold more quickly than we had anticipated. So what happened. Afghanistan's political leaders gave up and fled the country. The Afghan military collapsed."