After being indicted on federal accusations of producing fake COVID-19 vaccination cards, a South Carolina nurse pleaded not guilty. 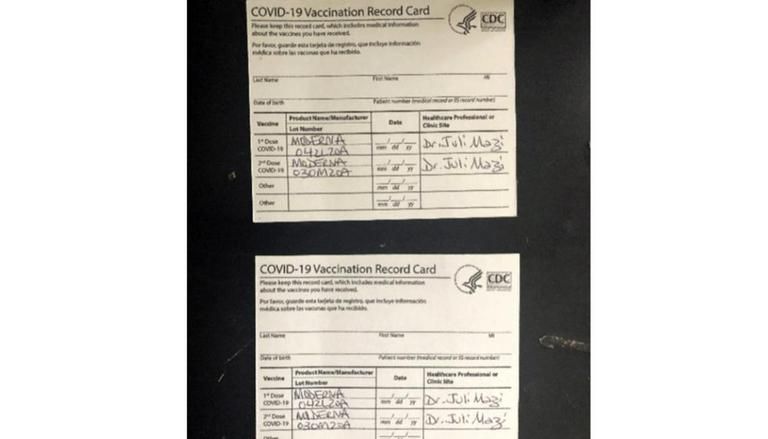 
After being indicted on federal accusations of producing fake COVID-19 vaccination cards, an employee of a South Carolina skilled nursing and rehabilitation center pleaded not guilty. According to The Hill, Tammy McDonald, a registered nurse and director of nursing at a Columbia centre, lied to FBI and US Department of Health and Human Services officials when asked about the fraudulent cards. The indictment, which was issued November 23 and unsealed Thursday, did not name the rehabilitation institution or the person who received the false cards.

McDonald's lawyer, Jim Griffin, told Hodges that she produced one or two fake vaccination cards to assist a relative at the University of South Carolina who doesn't believe in vaccination. The US nurse is vaccinated, according to him, and she received no monetary benefit for designing the fake COVID-19 vaccine cards, The Hill reported. McDonald entered a not guilty plea before US Magistrate Judge Shiva Hodges on Thursday. McDonald's bond was set at $10,000 by Hodges after Assistant US Attorney Mike O'Mara requested a $25,000 bond.

In a similar case, the National Football League (NFL) suspended Antonio Brown, the star receiver for the Tampa Bay Buccaneers, and defensive back Mike Edwards without pay for the next three games on Thursday for lying about their Covid-19 vaccination status, a flagrant violation of standards agreed upon by the league and its players' union. Brown and two other players, Edwards and free-agent receiver John Franklin III, were found to have obtained fake vaccination cards after a joint investigation by the NFL and the Players Association. If Franklin is signed by a team, he will have to sit out three games. Brown got the card on November 18, according to the Tampa Bay Times, which prompted the investigation.

Federal and state officials have cautioned in recent months about the likelihood of fake COVID-19 vaccine cards that look like those issued by the Centers for Disease Control and Prevention in the United States. The permitted cards list the person getting COVID-19 immunizations, their name and birthdate, the vaccines' names and dose numbers, as well as the dates and locations where they were provided. Employees are required to produce proof of vaccination by some corporations, governments, and organisations.

WE RECOMMEND
China's Didi to leave US stock market amid tech crackdown
US steps up disclosure pressure on Chinese companies
US' Planned Parenthood hit by data breach involving about 400,000 patients in LA
OPEC+ nations stick to oil output hike plan amid US pressure despite Omicron scare
US defence chief slams China's drive for hypersonic weapons