Robert Solis, the man convicted of murdering Sandeep Dhaliwal, the first turbaned Indian-American Sikh police officer in the US state of Texas while making a traffic stop in 2019, has been sentenced to death. 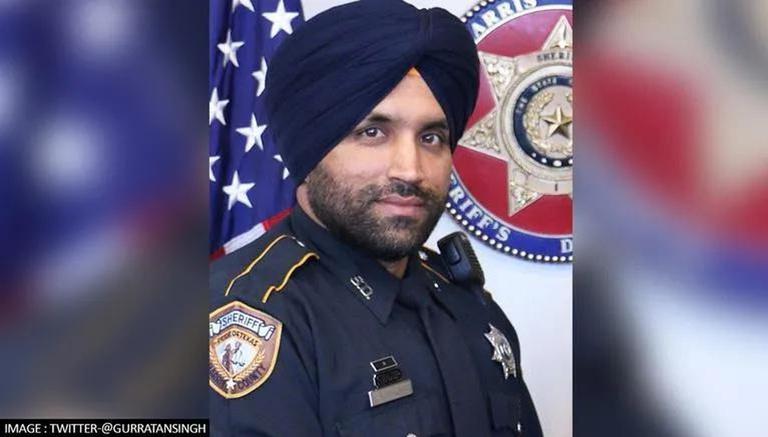 
Houston, Oct 27 (PTI) Robert Solis, the man convicted of murdering Sandeep Dhaliwal, the first turbaned Indian-American Sikh police officer in the US state of Texas while making a traffic stop in 2019, has been sentenced to death, according to a police official.

The verdict was handed down by the jury, a panel made up of citizens. Solis showed no emotion as the sentence was read on Wednesday. Jurors deliberated for just 35 minutes before recommending the death penalty in the punishment phase of the trial. They deliberated for 25 minutes in the guilt phase.

“Verdict is in: Jurors sentence Robert Solis to death. We are extremely grateful that justice has been served,” Harris County Sheriff Ed Gonzalez tweeted.

Dhaliwal made national headlines when he was allowed to grow a beard and wear a turban on the job. He was gunned down in an ambush-style shooting while conducting a routine mid-day traffic stop in northwest Houston on September 27, 2019.

Authorities said Dhaliwal was shot multiple times from behind after he had stopped Solis in a residential neighbourhood and was walking back to his patrol car.

Jurors saw multiple angles of the shooting and heard from 65 prosecution witnesses, who testified about a criminal history that goes back more than 30 years.

During the trial, Solis testified in his own defense and told jurors he had accidentally shot Dhaliwal.

But prosecutors argued Solis deliberately shot Dhaliwal because he didn't want to go back to jail. At the time of the traffic stop, Solis had a warrant for violating parole, CBS News reported.

During his closing argument, his last chance to address jurors, Solis merely said, "The only thing I have to say is that it's your decision to make. My life is in your hands," KTRK-TV Houston reported.

Solis asked for several delays during the trial. He told the judge he was sick, and also said he had not been given proper time to prepare.

His behaviour throughout the trial stands in direct contrast to the life and legacy of Dhaliwal, who leaves behind a wife and three children.

"Anybody I talked to, they say, 'I wish we had a Dhaliwal at this time. How many people get justice today? How many families?" Dhaliwal's older sister, Harpreet Rai was quoted as saying in the report.

"We should all aspire to be a Dhaliwal. He left such a legacy. He was a humanitarian and he helped so many beyond his work," Sheriff Ed Gonzalez said.

"You're a nobody, Robert. You're the least powerful person in this room," she told the court.

Dhaliwal worked with United Sikhs, a global humanitarian relief and advocacy nonprofit, to help organise the donation of truckloads of supplies for first responders after Hurricane Harvey.

A post office in west Houston has been renamed in his honour and Congresswoman Lizzie Fletcher, who brought the renaming legislation to the US House of Representatives, had said at the dedication ceremony: “I am honoured to play a role in commemorating Deputy Dhaliwal's remarkable life of selfless service”.

“He represented the very best of our community: he worked for equality, connection, and community through his life of service to others. I was glad to work with a bipartisan delegation, our community partners, and those in the Sikh community, to pass legislation to rename this building the Deputy Sandeep Singh Dhaliwal Post Office,” Fletcher added.

However, this wasn't the first dedication for Deputy Dhaliwal. A year after his death, a portion of Beltway 8 near Highway 249 was renamed in his honour. PTI MRJ AKJ MRJ