Jeff Bezos said that he along with three members of Blue Origin’s all-civilian crew were 'incredibly excited', a day ahead of the historic flight. 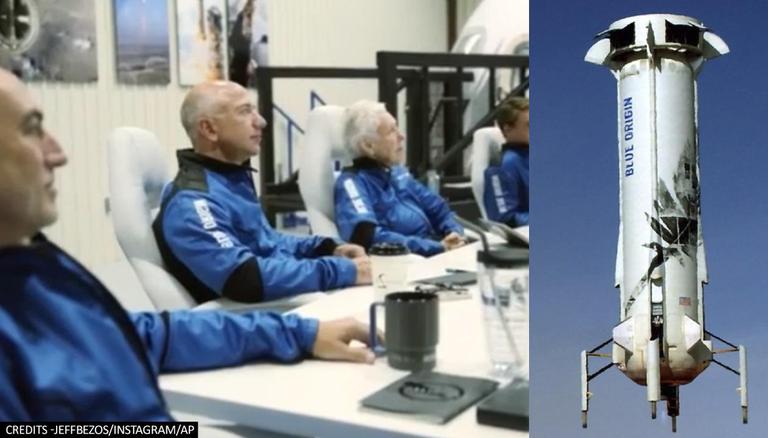 
Amazon's Fonder Jeff Bezos said that he, along with other three members of Blue Origin’s all-civilian crew, were 'incredibly excited' a day ahead of the historic flight into space on Tuesday. The American billionaire told the ‘Today’ show on July 19, “I can't wait to see what it's going to be like. People who go into space say that they come back changed...I can't wait to see what it's going to do to me." He also took to Instagram to post about the preparation that the four-member crew has been doing ahead of the July 20 mission. Sharing the glimpses, Amazon founder wrote, “We’ve been practising full missions in New Shepard’s training simulator. Can’t wait for liftoff.”

Earlier, as Bezos gave a series of interviews, he also said that he was not really nervous but excited regarding him taking part in his company Blue Origin’s first crewed suborbital flight, along with the youngest and oldest people ever to be bound for space. However, the Amazon founder also noted that he keeps getting asked about his nervousness over the July 20 mission. Bezos and three other crewmates are set to fly from a remote site in West Texas on an 11-minute trip to the edge of the space on Blue Origin’s New Shepard.

New Shepard is a 60-foot-tall, or 18.3-meter-long, fully autonomous rocket-and-capsule combo developed by Bezos’ Blue Origin. The July 20 flight marks a major milestone in the space tourism industry, and ahead of the historic mission, Bezos did a round of television interviews before the launch scheduled for 8 AM CDT (1300 GMT) around 20 miles (32 km) outside the rural Texas town of Van Horn.

American Billionaire Jeff Bezos and his brother Mark Bezos will be joined in the all-civilian crew by an 82-year-old pioneering female aviator Wally Funk and 18-year-old Oliver Daemen. The youngest person bound for space is a recent high school graduate set to attend the University of Utrecht in the Netherlands to study physics and innovation management in September.