Joe Biden Set To Embark On First Overseas Trip As US President: Here's What To Expect

US President Joe Biden is all set to embark on his first overseas trip since acquiring the White House in January to Europe for eight days from June 9. 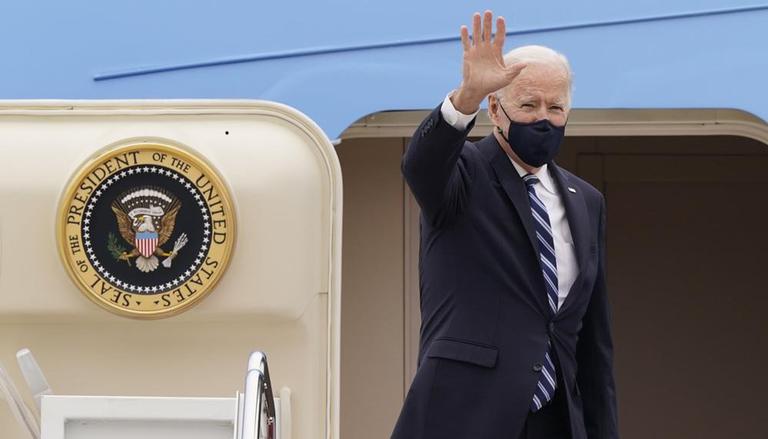 
US President Joe Biden is all set to embark on his first overseas trip since acquiring the White House in January to Europe for eight days from June 9. He will not only reassert the United States on the global stage but would reportedly also steady the European allies that have been distorted by his predecessor Donald Trump. As per the NBS News report, all of nearly five decades that Biden has spent in the US government involved him in dealing with the country’s foreign policy. Now as the US President, he has got the chance to set his own agenda. Referring to Biden’s Europe trip, a White House official was quoted by the media outlet saying, “Get ready for a lot of 'foreign policy for the middle class.”

As per the Associated Press, Biden has set high stakes for his eight-day trip in sweeping terms believing that the Western nations must be public about how they can economically tackle China especially as the world emerges from the COVID-19 pandemic. Biden’s Europe trip is more notable as it comes before his summit with Russian President Vladimir Putin. Therefore, the US President would want to showcase the country as a dependable partner for European capitals in order to thwart Moscow’s aggression in the eastern front and internet tiffs.

US national security adviser Jake Sullivan has already said that the “trip, at its core, will advance the fundamental thrust of Joe Biden’s foreign policy...to rally the world’s democracies to tackle the great challenges of our time.”

As most nations are emerging from the dramatic impacts of COVID-19 impact, Biden is mainly looking to rally European allies and also to urge them to coalesce around a strategy to check the rising competition from China both economically and national security.

As per the Associated Press report, Biden also wants to nudge the outlying allies including Australia to make more aggressive commitments to global effort to tackle the climate crisis.

The week-plus journey is a significant moment for Biden who has travelled across the globe as US vice president and as the chair of the Senate Foreign Relations Committee. Now, after several years, he will be stepping off Air Force One on international soil as commander in chief.

Another challenge that Biden is reportedly expected to tackle in his Europe visit is to rectify the foreign policy rattled by Donald Trump who chose inward-looking policies and moves that strained the longtime alliances.

In a Washington Post opinion piece published this week, Biden wrote, “In this moment of global uncertainty, as the world still grapples with a once-in-a-century pandemic...this trip is about realizing America’s renewed commitment to our allies and partners, and demonstrating the capacity of democracies to both meet the challenges and deter the threats of this new age.”

US President Joe Biden will first travel to Britain for a summit of Group of Seven (G7) leaders. He will then visit Brussels for a NATO summit along with meeting with heads of the European Union (EU) especially when the Europeans have restricted their expectations from the US leadership. Alexander Vershbow, a former U.S. diplomat and once deputy secretary-general of NATO said, “I think the concern is real that the Trumpian tendencies in the U.S. could return full bore in the midterms or in the next presidential election.” Biden will showcase unity with Europe as he ends for a trip-ending summit with Putin. While in Britain, the US President will also meet with American troops stationed in the foreign land before meeting UK Prime Minister Boris Johnson ahead of the G7 meet. The central focus more or less will remain on China.