Joe Biden: US Achieved Its Goals, Afghans Must Decide Own Future After Troop Withdrawal

United States military has "achieved its objectives in the country," henceforth wishes to leave its fate in the hands of the Afghan military. 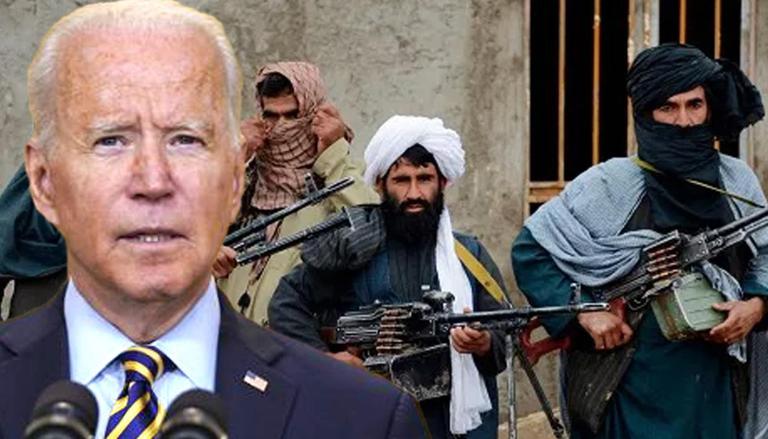 
U.S. President Joe Biden on July 8, backed his decision to withdraw the U.S. military from Afghanistan. In a significant speech at White House East Room, he said that Afghanistan has to decide its future. He also expressed his concerns over the "unwinnable wars" in the Taliban region. He defended his stand by saying that the United States military has "achieved its objectives in the country," henceforth wishes to leave its fate in the hands of the Afghan military.

650 soldiers to remain in Afghanistan

"We achieved those objectives, that's why we went. We did not go to Afghanistan to nation-build. And it's the right and the responsibility of the Afghan people alone to decide their future and how they want to run their country," Biden told at a Press Conference.

President Biden specified that U.S. Military Mission will officially end on August 31, 2021, after the final withdrawal of U.S. military troops. However, 650 troops shall remain to guard the U.S Embassy in Kabul. Biden also talked about the prime objective of the U.S Military in Kabul. The United States has successfully eliminated its "original rationale" by rooting out September 11, 2001 attack mastermind Osama bin Laden. Along with that, it has also exterminated Al-Qaeda militants and controlled potential attacks on the States, he mentioned. Biden is a long-time opponent of the U.S Military presence in Afghanistan. “We are ending America’s longest war. I will not send another generation of Americans to war in Afghanistan. The United States cannot afford to remain tethered to policies created to respond to a world as it was 20 years ago,” Biden said.

The U.S. continues support to Ghani

Last week, the U.S. vacated the Bagram airbase, a longtime staging ground for mission operations in Afghanistan. The Pentagon has also said that the withdrawal of US forces is 90 percent complete. Despite the US military exit, Biden has assured his Afghan counterpart, Ashraf Ghani that Washington will extend its support to the country for the development of the civilian and humanitarian conditions. He reinstated that the rights and responsibility of the Afghan people to decide their future and how they want to run their country. Biden said that US support for Afghan people will remain unwavering.

WE RECOMMEND
'I don't trust Taliban': Biden says 'did not go to build nation' amid US troop withdrawal
Biden: Need to reimagine economy and our future
Satirical website 'predicted' US' sudden departure from Afghan base at nigh 10 years ago
US urges Taliban to 'negotiate in good faith' with Afghan govt to end permanent bloodshed
Taliban says video shows Afghan soldiers surrender