Liberty University students protest against Jerry Falwell Jr. According to news reports Falwell is accused of getting unaccountable benefits from the institute

On September 14, many students gathered at the Liberty University located in Virginia to hold a protest against the school President Jerry Falwell Jr. According to some news reports Falwell is accused of getting unaccountable benefits from the institute and belittling the school students over chains of emails. The university is considered as an influential hub for conservation politics. Many students gathered around holding banners and signs demanding the president for accountability and further investigation based on the news reports.

Protest instigated because of Media reports

One of the students Elizabeth Brooks reported to the Associated Press over a phone call that the protest was instigated at the school in Lynchburg because of a story published by the Politico magazine and a report given by the Reuters. Elizabeth Brooks is a junior student who is currently pursuing majors in politics and policy. She also said that there are 35 students involved in the protest. Brooks said to AP that after knowing about the protest she could not have stayed silent. She further added that “I would like to see President Falwell address this himself and for there to be an investigation into the allegations to see whether or not they’re true.” 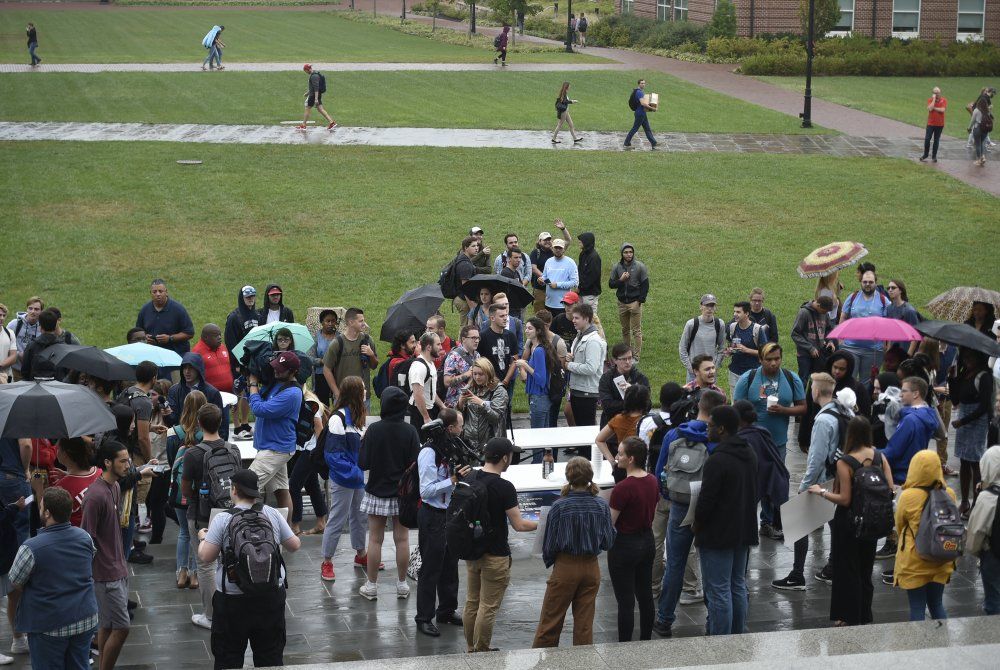 'Falwell benefitted from the institute'

During the protest there was only one student who displayed faith in the school president, he held the sign, “I TRUST JERRY.” As mentioned by the Associated Press, the Politico allegedly accused Falwell as someone who “presides over a culture of self-dealing”. The story revealed anonymous sources who were either current or former officials and associated at Falwell. The published story suggests that Falwell was inappropriately benefitted from the finances of the institutes which he further invested on himself and his family. 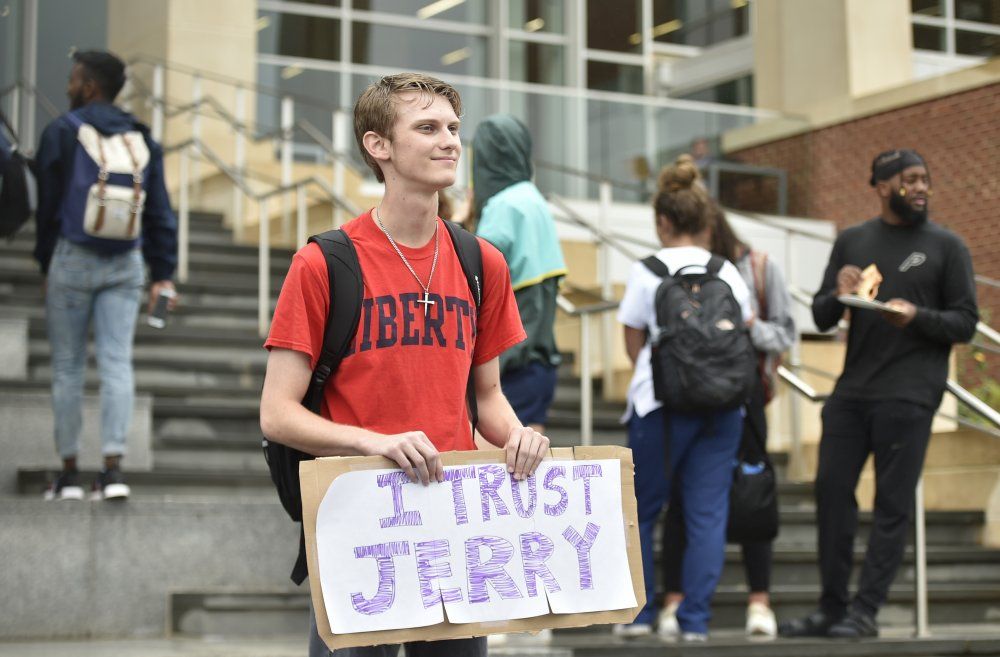 On September 10, Jerry Falwell told the Associated Press that the reporter who published the story was probably a “little boy” and that they were just rumours. He said that he wasn’t going to “dignify the lies that were reported” in the published piece of Politico magazine. The FBI will investigate the matter and the Liberty has deployed the “the meanest lawyer in New York,” to fight the civil cases he further added. Reuters had also published a report pertaining to the remarks given by Falwell on September 13. According to the reports Falwell has purportedly addressed one of the students as  “emotionally imbalanced and physically retarded.” Brook told AP. Also, Liberty’s general counsel David Corry acknowledging the event said to the international media that Liberty authorities would not respond “without knowing the details or seeing email chains in their entirety.”

READ: US Lawmaker Asks Sundar Pichai: "If You Google The Word 'idiot'...a Picture Of Donald Trump Comes Up". Here's How He Replied

According to the reports, the protest by the students was peacefully executed. Elizabeth Brook who is born and brought up in Lynchburg said that Falwell’s father world often use the quote “If it’s Christian, it ought to be better.”. She believes the quote in the highlights the objective of their protest. She said, “ We honestly just wanted to show the student body that there are people like them who care and who want to see this place be the best it can be.” Later on September 14, after the protest, even Falwell Jr. posted on Twitter saying, “so impressed with how @LibertyU students conducted themselves today at the protest!”

I’m so impressed with how @LibertyU students conducted themselves today at the protest! The ones who had concerns and the ones who supported me were both respectful and not angry-very Christ-like in their behavior. Our students are an example the world can learn from!