Representative Liz Cheney was conference chairwoman of the Republican Party who had criticized Donald Trump over his allegations of fraud in recent elections. 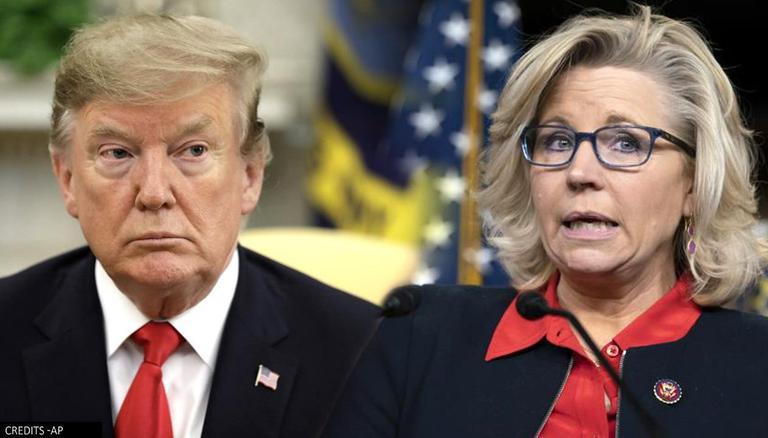 
US Republicans on Wednesday voted to expel party Conference Chairwoman Liz Cheney from her authority for not supporting former President Donald Trump's allegations in the 2020 Presidential elections. The decision was taken by the simplest and quickest method, voice vote which does not require any countings of the tally. According to the reports by The Hill, party sources added that it was a massive action against Cheney who went through a similar challenge in February for her leadership status.

Representative Jim Jordan highlighted that a party cannot have a chairwoman who supports the opposition points.

However, conservative Representative Ken Buck taking Cheney's stance, mentioned that the votes of her supporters were separated from voters who criticized Cheney.

"Liz did not agree with President Trump's narrative and she was canceled. We have to deal with this narrative at some point. There are major issues - the border, spending -- there are major issues. But to suggest that the American people in 2022 will not consider the fact that we were unwilling to stand up to a narrative that the election was stolen, I think will be taken into consideration with their vote," said Ken Buck.

After losing to current President Joe Biden, Donald Trump had alleged that the opposition (Democrats) have used fraudulent votes. He also attached allegations like “illegal vote-counting” and “voter suppression”. While Trump had been raising his voice against the mail-in ballots system, his opponent described that the protest as “suppress Democratic votes”. The 2020 Presidential elections held on November 3 in which President Joe Biden defeated former President Donald Trump.

In January, Cheney had supported the impeachment of Trump over his alleged involvement in Capitol violence. She also said that the allegations by Trump over stolen votes were poisonous for a democratic system. Cheney's removal was widely expected by the people associated but the House Representatives have not yet made any statement regarding her replacement.